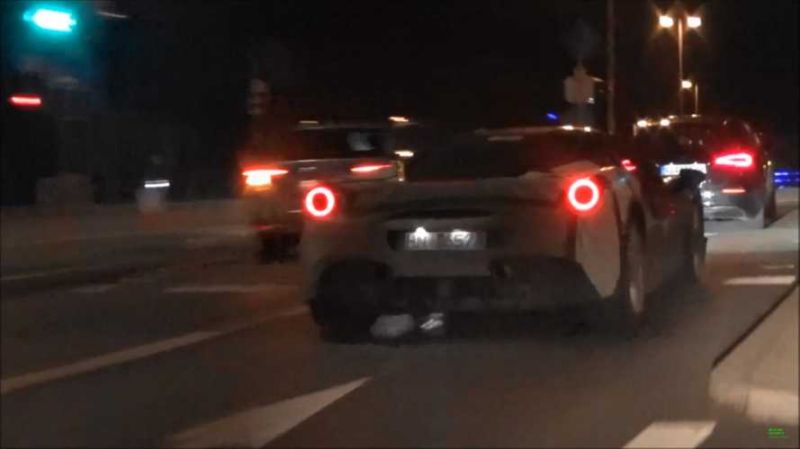 Education matters: Get your child some help
Sandbox VR game at 20% off discount

Could this be a Dino paring an electric motor to a new Ferrari V6?

We so wish this spy video was a bit clearer and filled with sound, but when you happen upon a camouflaged Ferrari testing on the street – be it day or night – every car enthusiast has an obligation to grab footage. In this case, a YouTuber with the curious name of DrGumoLunatic was in the vicinity of Stuttgart when a strange Ferrari 488 with white coverings on the front and back came into view. Is this a 488 hybrid model undergoing some on-road evaluation? Perhaps more importantly, is there a V6 engine in there?

It certainly looks like other 488 test cars we’ve seen recently, at least in terms of the white wrap it's wearing. Unfortunately, the in-car footage of this clip makes it very difficult to identify any kind of sound coming from the Ferrari – the exhaust note we hear seems to be coming from the camera car – so we can only go on what we see, and that admittedly isn’t much. Previous video (linked above) caught a similar car turning laps at Fioranio in complete silence, so it’s possible this Ferrari was equally as quiet.

One thing we find interesting is that the video description calls this a Dino 488 Hybrid. We know Ferrari is expanding its hybrid offerings, and we also know new V6 technology is in the works. Also, rumours of a new V6 Dino have literally come and gone for decades, but could the Dino return as a V6 hybrid? Admittedly we’re not familiar with the source on this spy video so we’re not sure where the information comes from. It was believed such a setup in the 488 would pair electricity with a V8, but going with a V6 in a hybrid application does make sense.

We’ve heard that Ferrari’s new hybrid powertrain could debut as early as next year, and the automaker has plans to expand electrification to many models in the years to come. For now, we’ll just have to be patient until more information breaks cover.