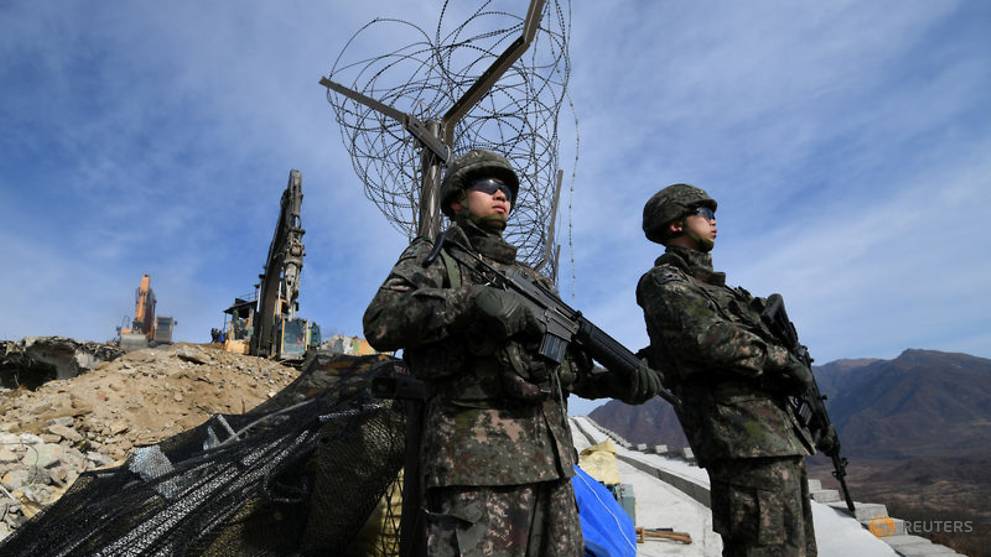 North Korea's claim last week that it had tested an unidentified "ultramodern tactical weapon" highlighted its desire to upgrade its conventional arms and reassure its military even as talks are under way to end its nuclear programme, analysts said.

SEOUL: North Korea's claim last week that it had tested an unidentified "ultramodern tactical weapon" highlighted its desire to upgrade its conventional arms and reassure its military even as talks are under way to end its nuclear programme, analysts said.

North Korean leader Kim Jong Un witnessed the test of a newly developed tactical weapon that could serve as a "steel wall", state media reported on Friday, without giving details of the weapon.

It was Kim's first observation of a weapons test this year and could complicate already stalled nuclear talks with the United States, although Washington and Seoul downplayed the development in an apparent effort not to derail negotiations.

Experts say the test was part of Kim's initiative to shift the mainstay of the conventional military power from a nearly 1.3 million-strong army to high-tech weapons.

"This is sort of like the North Korean version of military reform," said Choi Kang, vice president of the Asan Institute for Policy Studies in Seoul.

"If we have to find an underlying message to the outside world, it's 'Don't underestimate us, we are modernising too.'"

New advanced weapons might be even more crucial if the country were to abandon at least some of its nuclear arsenal.

Although heavily-sanctioned Pyongyang is easily outspent in defence funding by Seoul and Washington, the North's forward-deployed troops, guns and multiple-launch artillery rocket systems (MLRS) pose a significant threat to the allies.

The Centre for Strategic and International Studies said last week it has identified at least 13 undeclared missile bases inside North Korea.

The Washington-based think tank has also said Pyongyang has been developing hovercraft units for its 200,000-strong special forces as part of the military modernisation drive.

Kim has been pushing to modernise production lines at munitions factories and replace aging weapons and technology since he took power in late 2011.

"The defence industry should develop and manufacture powerful strategic weapons and military hardware of our style, perfect its Juche-oriented production structure and modernise its production lines on the basis of cutting-edge science and technology," he said in his 2018 New Year speech, referring to the long-held principle of self-reliance.

The two Koreas agreed during their September summit in Pyongyang to significantly reduce military tensions along the border, and the North has begun deactivating artillery deployed along the skirmish-prone western shore, Seoul's defence ministry said.

But the pact did not include any removal of MLRS from forward-deployed areas, where some long-range guns and rocket launchers can still reach Seoul.

South Korea's Yonhap news agency reported the newly tested weapon was a new model of MLRS, citing an unnamed military source familiar with intelligence. Other experts suggested it might be a new, short-range missile.

Kim Dong-yub, a military expert at Kyungnam University's Institute of Far Eastern Studies in Seoul, said by touting a modernised weapon, Kim could seek to reassure hard-line military generals and the public in North Korea who may be worried about a nuclear-free future.

"With Kim having publicly declared the economy a new priority and saying the North would denuclearise, many in the military who saw a decline in interest and support could be doubtful and anxious because he has not secured significant concessions like an end-of-war declaration," Kim, the professor said.

"It could have been necessary for him to consolidate the nation even though such a field guidance would give a negative signal to the outside."