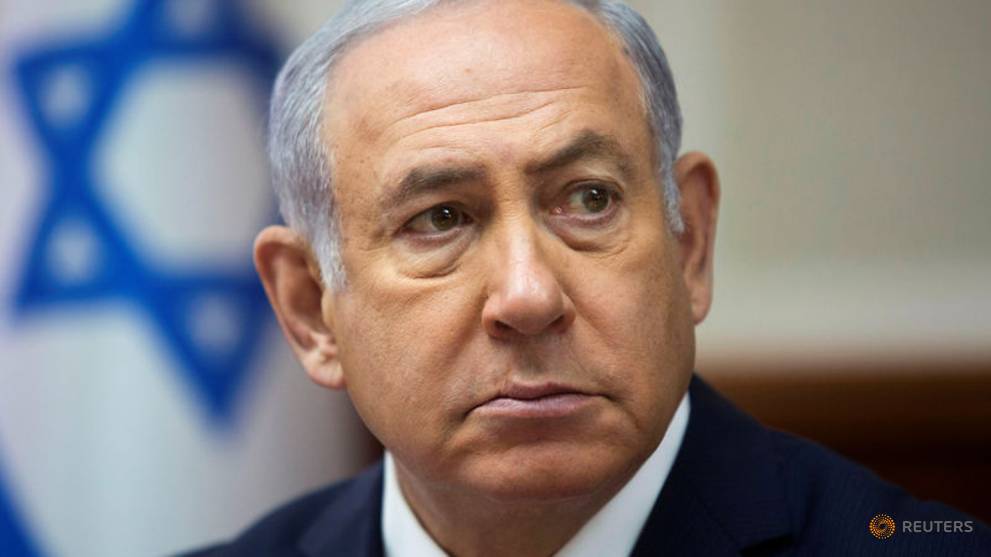 JERUSALEM: Israeli Prime Minister Benjamin Netanyahu said Sunday (Nov 18) it would be "unnecessary and wrong" to call snap polls, as he sought to hold his governing coalition together following the resignation of his defence minister.

"In a period of security sensitivity, it's unnecessary and wrong to go to elections," Netanyahu said at the start of a cabinet meeting.

He noted past instances when right-wing governments had called elections that did not turn out as they had hoped.

"We need to do whatever we can to avoid such mistakes," he said.

After Lieberman's withdrawal, Netanyahu's government was left clinging to a one-seat majority in the 120-seat parliament.

The veteran premier was to meet Finance Minister Moshe Kahlon, whose centre-right Kulanu party has 10 seats, later Sunday to discuss ways of holding the coalition together.

Education Minister Naftali Bennett of the far-right Jewish Home party, which holds eight seats in parliament, has demanded the defence portfolio, but Netanyahu says he will take it over at least temporarily.

Bennett is one of Netanyahu's main right-wing rivals.

On Saturday, Bennett told Israeli television that Lieberman had "collapsed the government."

"There is no more government and we are heading towards elections," he said. "There is no other alternative."

Elections are not due until November 2019.