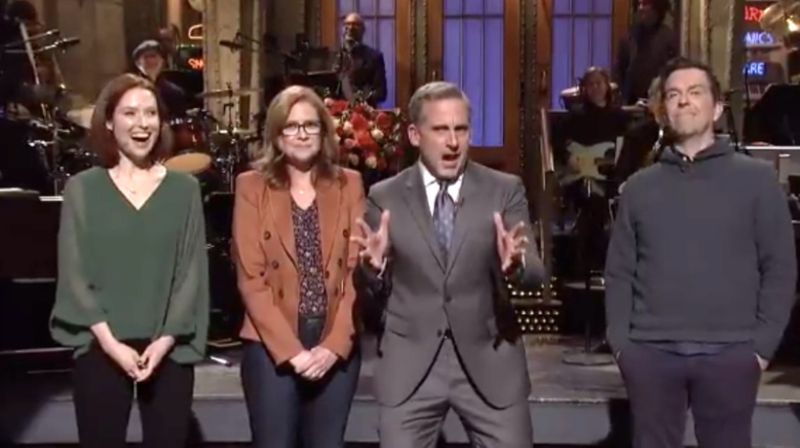 Steve Carell was confronted by some of his former cast members from “The Office” as he hosted “Saturday Night Live.”

Ed Helms, Jenna Fischer and Ellie Kemper made surprise appearances during Carell’s opening monologue, badgering the actor who anchored the beloved sitcom to sign on for a reboot.

Even Carell’s wife, Nancy, who gave her blessing.

“We think you should probably do the show,” she said from the audience, sitting with the couple’s two children. “We don’t really need you to hang around anymore.”

Fischer also reminded Carell of the last words she said her character secretly spoke to his character on “The Office”: “Steve don’t be a dick, do the reboot.”

Watch the hilarious mini-reunion in the clip below:

All in favor of a reboot? @theofficenbc#SNLpic.twitter.com/JwckHypkYC