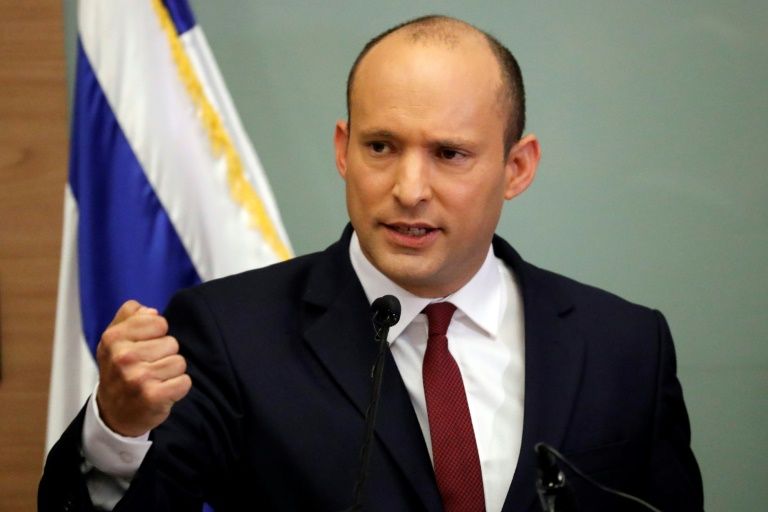 Help your child improve: Sign up for tuition here
Sandbox VR game at 20% off discount

A key Israeli minister said Monday he will not quit Prime Minister Benjamin Netanyahu's coalition for now despite sharp disagreements, potentially ending a crisis that has threatened to topple the government and provoke snap polls.

The announcement by Education Minister Naftali Bennett was a dramatic climbdown from his Jewish Home party's earlier threat to leave Netanyahu's coalition if he was not named defence minister.

Netanyahu has refused to give the post to Bennett, one of his main political rivals, despite the coalition crisis.

Bennett, whose far-right party holds eight seats in parliament, said he would give Netanyahu time to correct course on a range of issues.

"If the prime minister is serious in his intentions, and I want to believe his words from last night, I am saying here to the prime minister we are removing at this moment all of our political demands and will help you in the huge mission of making Israel win again," Bennett said in a statement to journalists broadcast live on television.

He acknowledged the backlash he may face for backing down from the earlier ultimatum.

"I know I'll pay a political price -- not the end of the world, you win some, you lose some," Bennett said.

"It's better that the prime minister beats me in a political battle than (Hamas leader Ismail) Haniya beats Israel."

Bennett's comments followed an impassioned address to the nation on Sunday night by Netanyahu.

In the address, Netanyahu said he would retain the defence portfolio for now and seek to convince coalition partners to remain in the government.

He said calling early elections now would be "irresponsible" due to what he described as a complicated security situation facing the country.

Netanyahu also defended his security credentials in his statement, seeking to hit back at criticism of last week's controversial ceasefire that ended the worst escalation between Israel and Palestinian militants in Gaza since a 2014 war.

After Lieberman's withdrawal along with his Yisrael Beitenu party, Netanyahu's government was left clinging to a one-seat majority in the 120-seat parliament.

Key coalition partners had said that was unworkable even though elections are not due until November 2019.

Bennett hit back at Netanyahu's argument that Israel was in an especially complicated security situation, saying the country has always faced threats and managed to overcome them.

At the same time, he accused Netanyahu of leading a defeatist defence policy.

"What's most dangerous to Israel is that we've begun thinking there's no solution to terror -- to terrorists, to rockets, that there's nothing to do," Bennett said.

"When Israel wants to win, we'll go back to winning."

Netanyahu has defended the ceasefire and his backers say he and his security chiefs are on the same page when it comes to Gaza.

Many analysts question the wisdom of starting a war in the Gaza Strip without a strategy for how it will end.

But Lieberman labelled the ceasefire "capitulating to terror" when he resigned on Wednesday and Bennett says he disagreed with it as well.

Israeli residents of southern communities hit by barrages of rockets from Gaza last week have also protested, calling for tough action against Hamas, with which Israel has fought three wars since 2008.

A poll published after the ceasefire found 74 percent of respondents were unhappy with Netanyahu's handling of the escalation with Gaza and its Islamist rulers Hamas, though it also showed his party would still easily win the most seats.