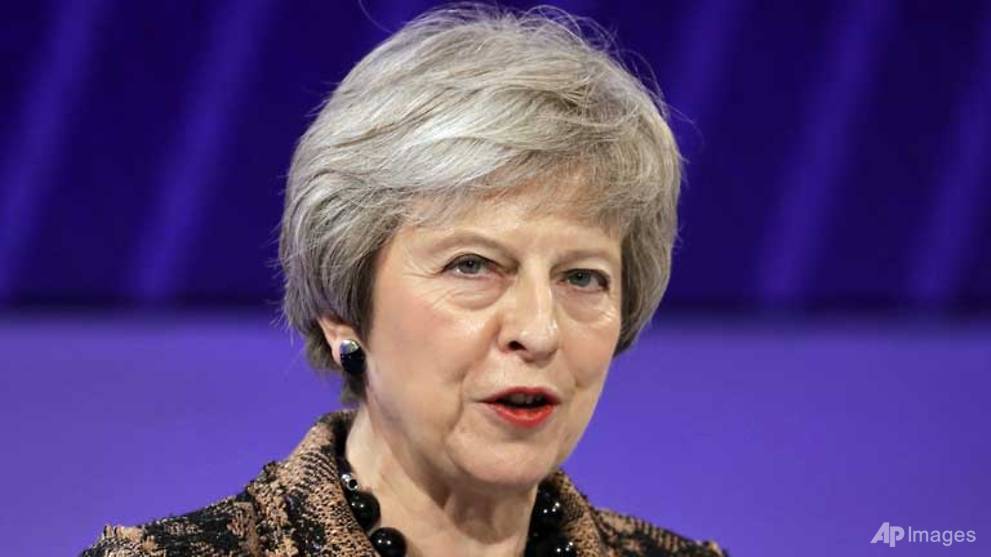 LONDON: British Prime Minister Theresa May on Monday (Nov 19) won support from big business for her draft Brexit deal ahead of "intense negotiations" with Brussels in the coming week.

May told the Confederation of British Industry (CBI), the UK's main business lobby group, that she was "determined to deliver" her Brexit deal as she prepares for Sunday's European Council summit to sign Britain's divorce papers with the EU.

"We now have an intense week of negotiations ahead of us," she told some 1,000 business leaders at the CBI annual conference in London.

"I expect us to hammer out the full and final details of the framework that will underpin our future relationship.

"I am confident that we can strike a deal at the Council that I can take back to the House of Commons."

The embattled premier, whose cabinet grudgingly approved her EU divorce draft last week, faces an uphill challenge to pass her deal through a sceptical parliament.

She admitted that the final phase "was always going to be the toughest".

The Brussels negotiations will finalise a parallel political declaration setting out a road-map for post-Brexit negotiations on future EU-UK ties.

'STEP BACK FROM CLIFF-EDGE'

CBI chief Carolyn Fairbairn gave qualified support for May's draft deal, telling the conference that "it is not perfect, it is a compromise, but it is hard-won progress".

She earlier said that the deal would move Britain "one step away from the nightmare precipice of no deal.

"It offers that essential transitional period as a step back from the cliff-edge," she said.

Responding to reports that EU chief Brexit negotiator Michel Barnier had raised the prospect of extending the transition deal until the end of 2022, May said it was "important that we are out of the implementation period by the next general election", scheduled for May 2022.

Addressing the issue of immigration, a concern for many businesses who fear they will face skills gaps after Brexit, May promised to introduce "more streamlined application processes" that will "attract the brightest and the best from around the world".

Jeremy Corbyn, leader of the main opposition Labour Party, said his MPs would vote against the draft deal then demand a general election if lawmakers reject the plan.

Without a general election, "all options must remain on the table, including a public vote", he told the CBI, referring to a second Brexit referendum.

"The prime minister is trying to take us into a blindfold Brexit, a deal designed to get her through to the next stage of the process without anyone being able to see where we're heading," he said.

"It's a leap in the dark, an ill-defined deal with a never defined end date."

The plan "risks seriously damaging British industry and the wider economy", he said.