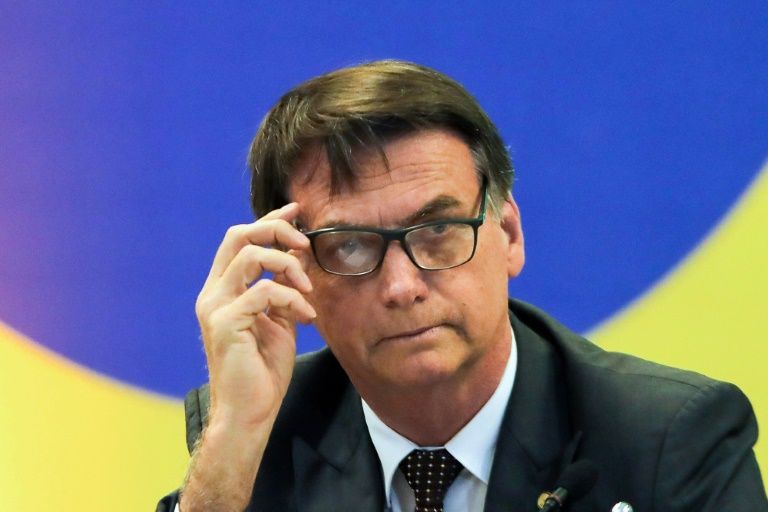 President-elect Jair Bolsonaro said Monday that the people of Brazil -- which was ruled by the military for two decades -- "don't know what dictatorship is."

The former army captain -- who has made no secret of his admiration for the military dictatorship that ruled Brazil from 1964-1985 -- was speaking after phone talks with Hungary's conservative and fiercely anti-migrant Prime Minister Viktor Orban.

Hungary "is a country that has suffered a lot with communism in the past, a people that knows what dictatorship is," Bolsonaro told a news conference outside his home in Rio de Janeiro.

Set to take office on January 1, the far-right leader has already drawn three of his government picks from the military, including General Fernando Azevedo e Silva as defense minister.

Asked about Orban's tough anti-migrant measures -- he closed Hungary's borders to migrants in 2015 -- Bolsonaro preferred to discuss the situation in his own country.

"I was against our last immigration law (in 2017) which made Brazil a country without borders. We cannot allow the indiscriminate entry of all those who come here, only because they wanted to come."

Thousands of Venezuelan migrants fleeing a political and economic crisis have crossed the border into Brazil over the past year.

Last week Bolsonaro announced the appointment of Ernesto Araujo, a fervent admirer of US President Donald Trump, as his choice for foreign minister.