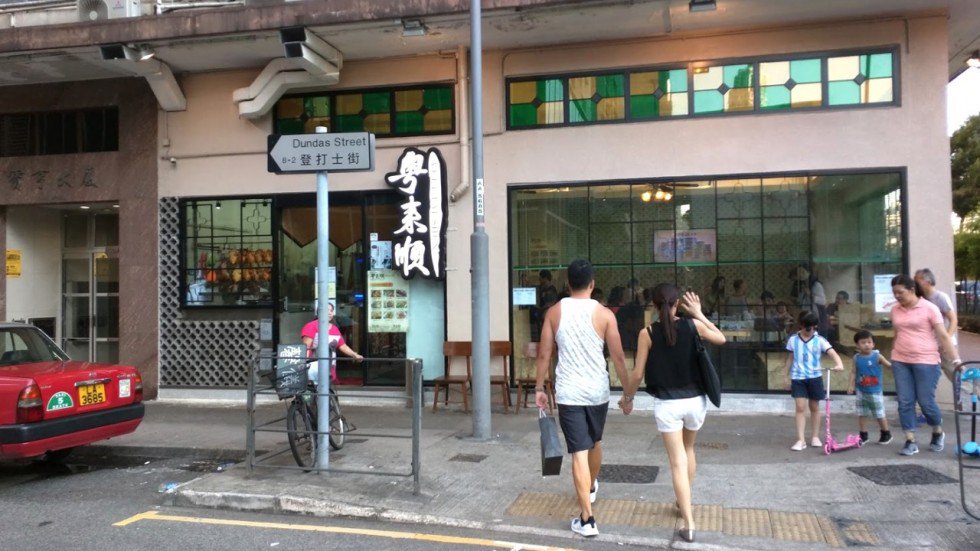 A Hong Kong restaurant recommended in the Michelin Guide was burgled before dawn on Tuesday, by a man who made off with more than HK$20,000 (US$2,600) and a computer, making it the latest target in a spate of break-ins in the city.

The burglar was still on the run by 4pm on Tuesday.

Police said he was seen sitting and smoking outside Yuet Lai Shun restaurant, on the ground floor of the Po Hang Building on Dundas Street, Mong Kok. Then, soon after 4am on Tuesday, he entered the shop by prising open the glass door.

CCTV footage showed he jumped over the cashier’s counter, forced open the drawer with a cleaver and stole money from a cash box.

“He also stole a computer. I believe he thought it stored CCTV footage so he took it in an attempt to destroy evidence,” said a 45-year-old worker surnamed Yu, who was in charge of the shop. He said another computer, which did hold the CCTV footage, was not stolen.

The case came to light at about 4.30am when a security guard found the doors wide open and coins scattered on the floor. The guard alerted Yu, who called police shortly after 5am.

Officers scouted the area, but arrested no one. The man was thought to be aged between 30 and 40, 1.75 metres tall and of medium build, according to police. Officers said he wore a blue short-sleeved shirt, jeans and white shoes during the raid.

Yu said it was the first time the restaurant had been burgled in the about five years it had been open.

“We will enhance security measures,” he said.

Yuet Lai Shun was a first-time inclusion on the list of 82 “Bib Gourmand” restaurants in the 2018 Michelin Guide for Hong Kong and Macau – establishments that are recommended but not good enough for the review’s coveted star.

Last month, there was a series of break-ins targeting luxury houses and upscale flats on Hong Kong Island. A spate of such incidents in the first week of October prompted police to launch an anti-burglary operation from October 4 to 6, with the aid of a helicopter.

On October 24, the residence of the former commander of the Auxiliary Police Force, Arthur Kwok Chi-shun, on The Peak, was targeted by a burglar who left empty-handed after triggering an alarm.

﻿Separately on Tuesday, a house on the Casa Paradizo housing estate in Yuen Long was burgled and HK$817,000 in cash and valuables was stolen. The case came to light soon after 9am when police got a call from a female tenant, 29. Officers said the rear door had been prised open.