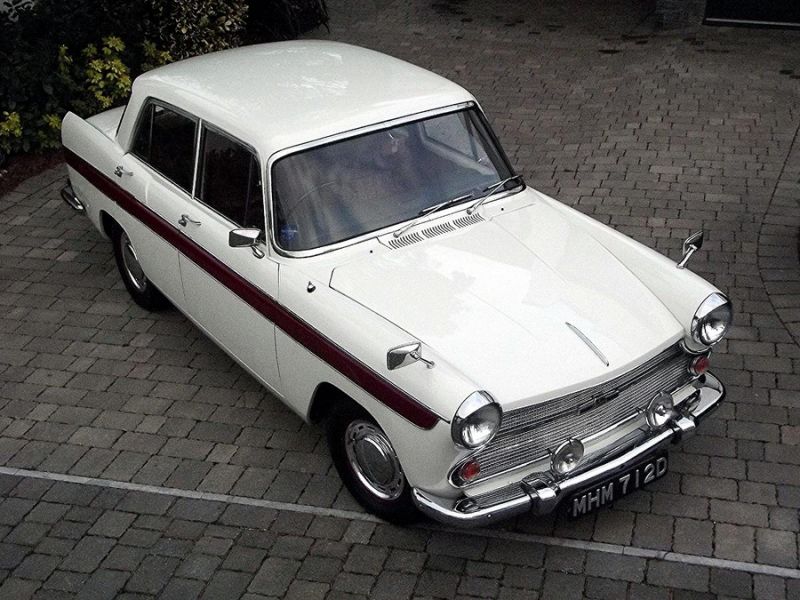 The phrases ‘starter classic’ and ‘head turner’ don’t couple together all too often, but we think we might have just found an exception to the rule. This newly-listed 1966 Austin A60 Cambridge is smartly finished in Snowberry White and boasts a neat side strip in cardinal red. Perhaps defying the image of a wisely chosen motorcar for someone just getting started in the classic market, this A60 Cambridge makes a bold statement about your unrivalled style.

* The forgotten British V6 you need to drive* The legendary British V8 saved by a generation of enthusiasts* More great British classics for sale!Even from a good distance away, it’s clear this Austin – now seeing in its fifty-second year – wears the design quips of 1960s' free love with pride, from lashings of chrome and duo-tone colouring to gleaming chrome hubcaps and softened rear tail fins.Were this A60 to dazzle you as it cruised by on a nearby street, you’d presume the driver had gone for something flashy and Americanised rather than a sensible first classic purchase. Yet, beneath the defiantly reserved looks, the drivetrain and engine are remarkably DIY friendly.Under the hood lurks a 1662cc B-Series engine, which may look familiar as its also utilised by the sporty MGA. The 61hp power unit possesses a good degree of torque and, in combination with automatic-transmission, delivers a top speed of 78mph. This makes for a more than adequate performance package for a beginner, with a healthy 26mpg in return, which during the 1960s would be considered by most as ‘bang on’. Rather.If that doesn’t convince you, perhaps the ‘jolly comfortable’ red leather interior and slick walnut dash might lure you in. Upon the column of the polished black steering wheel, you will find the selector for the Borg Warner 3-speed Type 35 automatic transmission, the first British car to be fitted with such a system.The cabin also offers leather door trim all-round, a Philips radio cassette complete with extra speakers, analogue clock, ashtrays to the front and rear as well as opening quarter lights. Unusually, there is a switch allowing the brake pedal to be changed from right to left – due to a previous owner having a disability.Front and rear seat belts serve to add an extra element of safety while a ‘terrifically big’ boot, complete with tools, allows everyday practicality. Meanwhile, the fitment of electronic ignition and an unleaded cylinder head should make modern day-to-day driving a breeze.Originally supplied in 1966 to Hilldale Garage of London, this Austin A60 Cambridge has completed 38,000 miles since new and has recently benefited from a comprehensive bare metal restoration totalling £12,000\. This A60 comes with a complete service history including V5Cs, MoTs, road tax discs, business cards and correspondence as well as the original Cambridge handbook, sales catalogue, lubrication chart and RAC servicing book.Not only fantastically endearing, this A60 Cambridge won’t attract insurance premiums that’ll leave you hiding behind your couch and you will find support and bountiful spares courtesy of numerous Austin enthusiast clubs. Meanwhile, Bobby awaits the opportunity to serve as a ‘super-duper’ starter classic guaranteed to turns head whenever you drive.