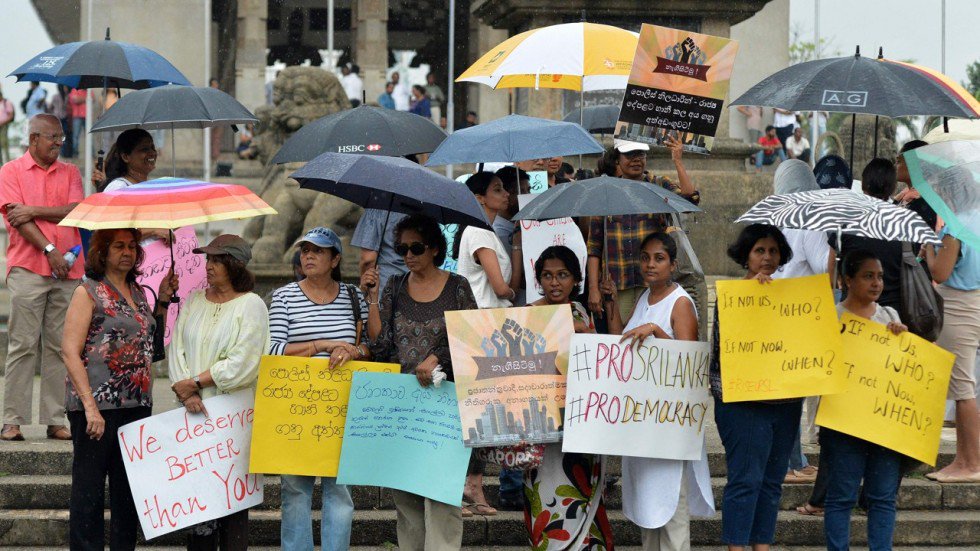 Education matters: Get your child some help
SASA has many positions looking to be filled! Apply now!

Removing detective Nishantha Silva was seen as the latest twist in the ongoing crisis, as Sirisena struck up a new alliance with Rajapakse.

Mr President, if you try to stand in the way of justice … you will fail

An internal memo by police chief Pujith Jayasundara, who had removed Silva on Sunday, said that the detective was being transferred back to the Criminal Investigation Division (CID) to meet “urgent service requirements”.

This came after Silva had secured a court order to arrest Admiral Ravindra Wijegunaratne, the country’s most senior military officer.

Wijegunaratne is accused of protecting a navy intelligence officer who was allegedly involved in the abduction and killing of 11 children between 2008 and 2009.

Despite the court order, Wijegunaratne is evading arrest while holding on to his official position. He denies the charges.

Silva’s removal sparked a chorus of protest, as he is also lead investigator in several other high-profile cases involving the family of former president Rajapakse. The detective was also investigating the 2009 assassination of high-profile editor Lasantha Wickrematunga. Military intelligence has been implicated in that killing, which drew widespread international condemnation.

“Mr President, if you try to stand in the way of justice for my father and other victims of brutality, you will fail,” Ahimsa said in her four-page letter, released to the media on Tuesday before Silva’s reinstatement.