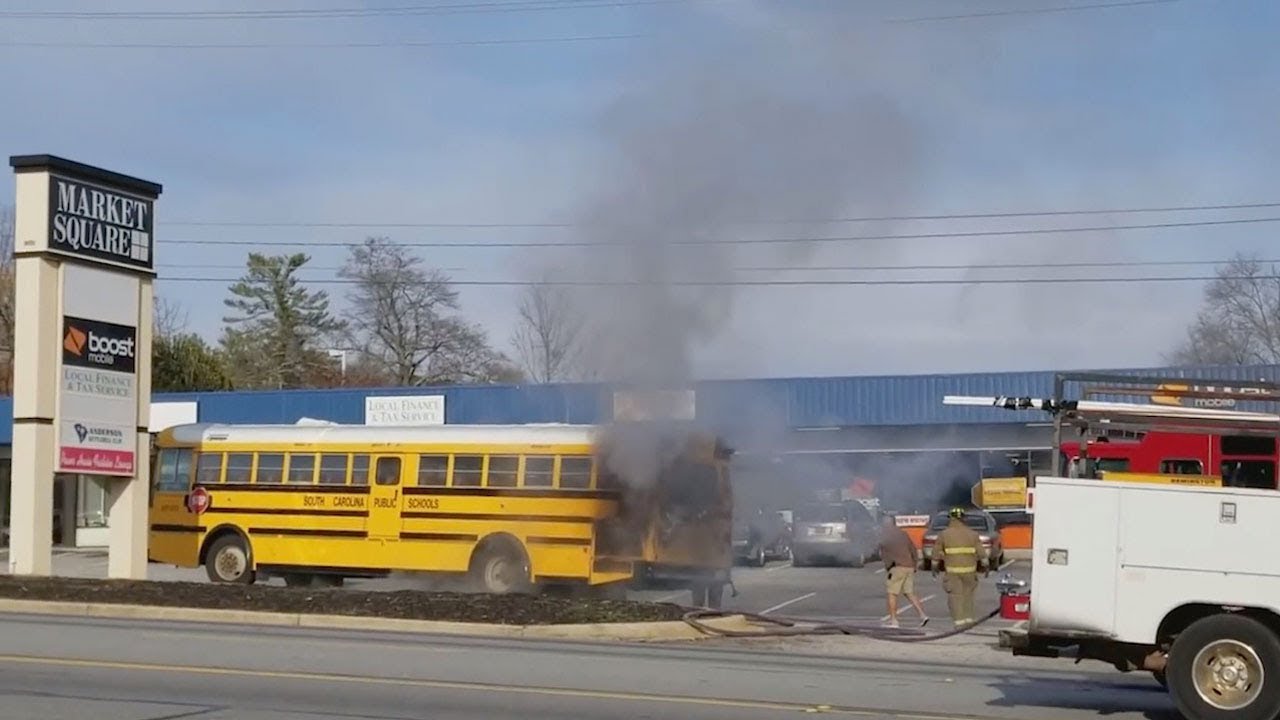 A woman who pulled over to film fire bellowing from a school bus, inadvertently recorded the moment two cars collided as they drove past the burning wreck.

Ronda Coble was stunned to have captured the collision as she stopped to film the burning bus in Anderson, South Carolina.

The 62-year-old, who used to be a school bus driver herself, said: "The police were called and they saw my footage because the truck driver was trying to blame the driver of the jeep.