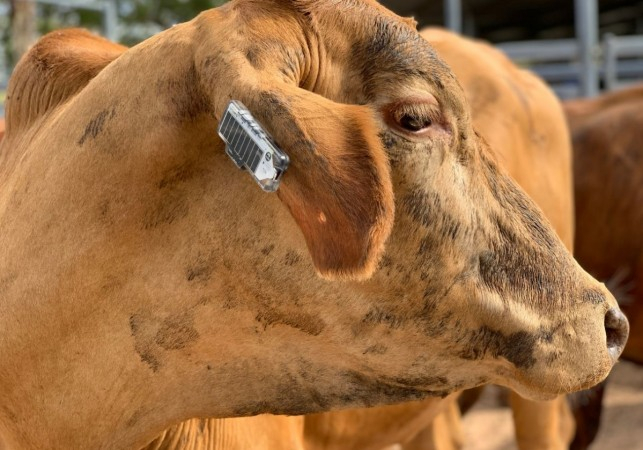 Unlike the human's fitness tracker, which comes in the form of a wristband, the cow version comes as a smart ear-tag. The latter works similar to how smart watch interact with the smartphone. With this, farmers can track where their herds graze. Also, if the animal is disturbed by thieves, they make sudden fast movements and this triggers an alert to the owner's mobile.

Also, it is made with sturdy materials to sustain the entire life cycle of the cow and survive harsh and unique weather conditions of Australia throughout the year.

Another interesting aspect of the smart ear-tag for the cow is it can even sense the animal is giving birth or sick. The main intention of this innovating device is to lessen the cost burden and time of farmers, who currently maintain cow heard through manual tracking using vehicles or aircraft in large fields.

CSIRO conducted more than 100 trials at the Lansdown Research Station near Townsville, Queensland, last week and would soon be making their way to the local market soon. It will be showcased later this week at digital forum of the Meat & Livestock Australia (MLA)'s Red Meat 2018 event in Canberra on November 22 - 23 and the Global Forum for Innovations in Agriculture in Brisbane the following week.

"The tag is GPS-enabled, allowing farmers to track the location of individual animals remotely, via the Internet of Things (IoT) capability," Smith added.

The researcher plans to bring newer iteration of the smart ear tag, which will be lighter, smaller and has more functionalities including a temperature sensor to alert of illness of the cow in an early stage.

CSIRO has also vowed to use its deep livestock knowledge and the sensing and data analytics expertise of its technology arm, Data61 to make the ear tag smarter than before. It can be noted that smart ear tag was also co-funded by MLA Donor Company.