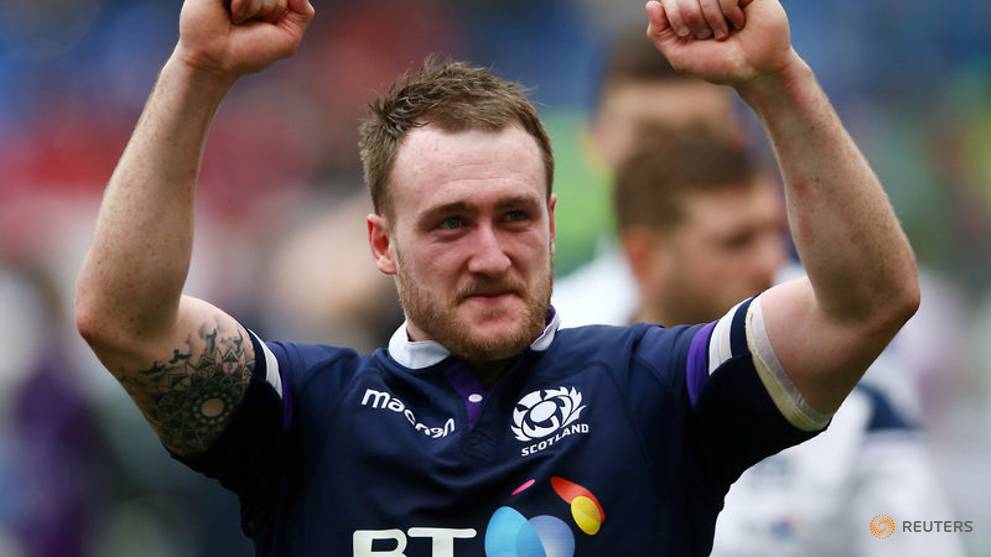 Stuart Hogg will be available to play for Scotland in their test against Argentina at Murrayfield on Saturday, despite being forced off in last weekend's narrow defeat to South Africa.

EDINBURGH: Stuart Hogg will be available to play for Scotland in their test against Argentina at Murrayfield on Saturday, despite being forced off in last weekend's narrow defeat to South Africa.

The explosive fullback frequently threatened the Springbok line before he limped off after 63 minutes, sparking fears he might have aggravated an ankle injury that required surgery just two months ago.

Hogg had initially been ruled out for the November internationals but returned quicker than expected and was back to his best against South Africa.

"I just rolled my bad ankle, got it caught in a tackle. It was a little bit achy but nothing I haven't had before. I tried to hide for a while but then they kicked it straight to me," Hogg told reporters ahead of Scotland's final test of the year.

"It's just an unfortunate thing that it got caught in a tackle with big (men) lying on top of me. These things happen, and I think if that hadn't happened I would have potentially played 80 minutes."

Hogg, however, added that the ankle was now feeling fine.

"It feels grand and I'm just ready to crack on. I got the recovery done and I'm looking ahead to Saturday," Hogg said.

Scotland face another tough assignment against the Pumas after their 26-20 loss to South Africa, which was just the second loss in their last 11 tests at Murrayfield.