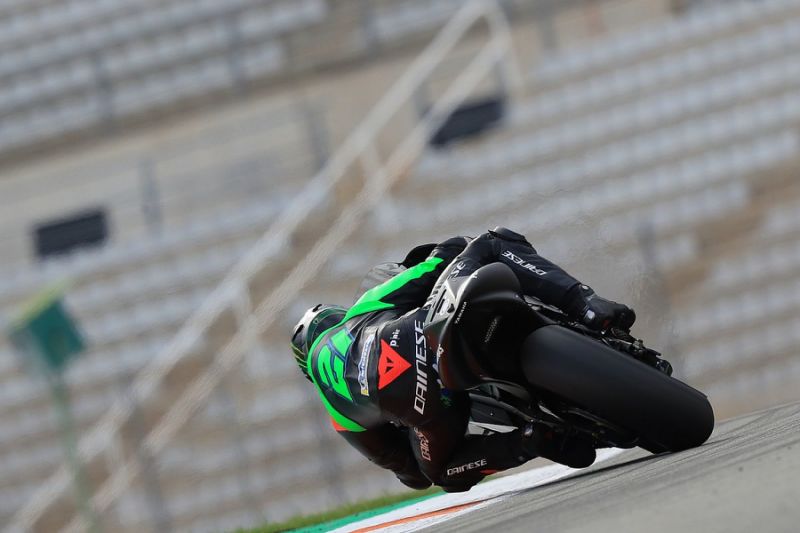 Petronas Sepang Racing Team rider Franco Morbidelli felt like he was "riding on butter" in his first test outing with the Yamaha MotoGP bike.

Last year's Moto2 champion Morbidelli, who finished as the top rookie in the premier class aboard a Marc VDS Honda this year, will ride for Yamaha's new MotoGP satellite team in 2019.

The 23-year-old Valentino Rossi protege made his debut on the M1 in Valencia post-season testing on Tuesday, as he ran the chassis used by Johann Zarco at Tech3 and a current-spec engine.

He ended the day in sixth place, 0.669 seconds off the pace set by Yamaha works rider Maverick Vinales.

Asked how he will have to adapt his riding style to the M1 after a year on the famously aggressive Honda RC213V, Morbidelli said: "Of course I will change to a much smoother riding style.

"My riding style, it's already smooth, quite smooth. And this bike just already calls [for] that riding style.

"When you jump on it, it's already like riding on butter, it's quite a nice feeling.

"I think it will come naturally, I won't force anything, I will just try to follow the bike."

LCR rider Cal Crutchlow claimed earlier this year that even the more user-friendly 2018 version of the Honda bike was "by far" the hardest to ride on the grid.

But Morbidelli suggested the biggest difference between the Honda and the Yamaha was not the physical demands.

"It [the Yamaha] is not a lot less physical, it's that everything that happens on the bike happens much smoothly," he said.

"My previous bike was quite rough, quite reactive. Not nervous but... you might see it on television a bit nervous, but I think the right word is 'reactive', because everything that happens, it happens fast.

"With the Yamaha everything happens smoother than the Honda, but Honda is much more responsive, on braking but also on corner exit.

"The two bikes are completely different but they are both fast."

Morbidelli has been tipped by success on the M1, with Pramac rider Jack Miller suggesting the move could spell "trouble" for his MotoGP rivals.

Having now tried the Yamaha for the first time, Morbidelli said it was a better fit for his style than the Honda.

"The rider has to do a lot of things to ride a Honda well. You learn things that can be useful when riding on other bikes.

"The Yamaha is more intuitive."