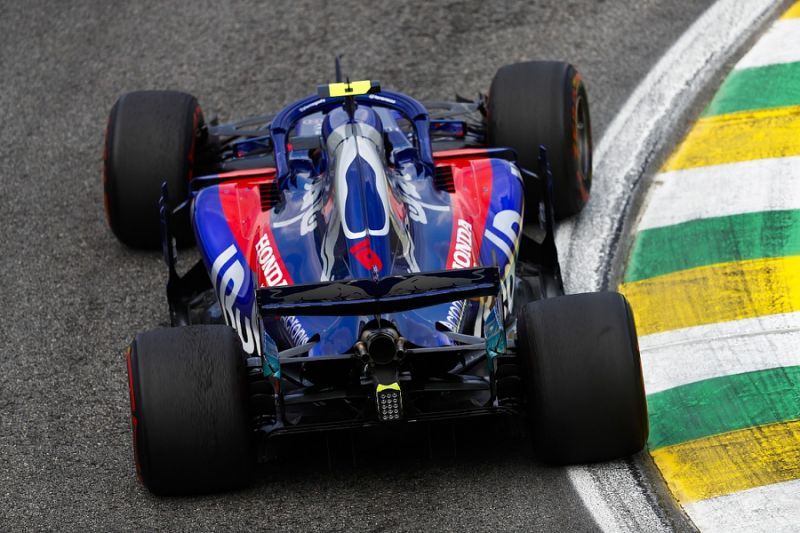 Toro Rosso needs to "revise everything" if it is going to bounce back from a disappointing showing in the Brazilian Grand Prix, reckons Pierre Gasly.

The Faenza-based team has made progress this season in its first year with Honda power, but despite Gasly getting through to Q3 at Interlagos neither he nor team-mate Brendon Hartley were able to finish in the points.

That performance slump has left Gasly confused, and he thinks the team needs to look at all areas to understand why it was not as competitive as it hoped to be.

"We know the track [in Brazil] is really power sensitive, especially with the uphill section in the last straight, but it's fair to say that we're quite disappointed with the overall performance," explained Gasly.

"Not in qualifying - it was fantastic to make it to Q3, which wasn't easy at all, but in the race we showed really poor performance.

"At the moment I don't really have the answers. We need to revise everything."

Although Gasly accepts that Honda's power deficit played some part in its Brazil struggles, he does not think that is the full explanation for what happened.

"We tried to go down with the downforce to compensate but that makes you struggle a bit more in the corners, you slide a bit more, the degradation goes up," he said.

"When you have the advantage with the engine you make the time in the straights, and with the gap that you made, you can make the corners a bit slower and have a good lap in the end, but putting less energy through the tyres - and a lot less temperature into the tyres.

"At the moment there is still a deficit to Mercedes and Ferrari engines, I think it puts us with Renault and a bit more difficult situation."

Asked if he felt Honda needed to make faster progress, he said: "I know that's what they're doing at the moment.

"There's nothing more we can do - we know where we lack performance at the moment, they know it, and they're really objective about it.

"They're doing everything they can ahead of next year, testing things, so I'm sure we're going to get some upgrades for next year - not for the next race in Abu Dhabi.

"They're really pushing hard so I believe for next year we'll have another step, but you can't recover the delta within a few weeks or months. You need to give them time."