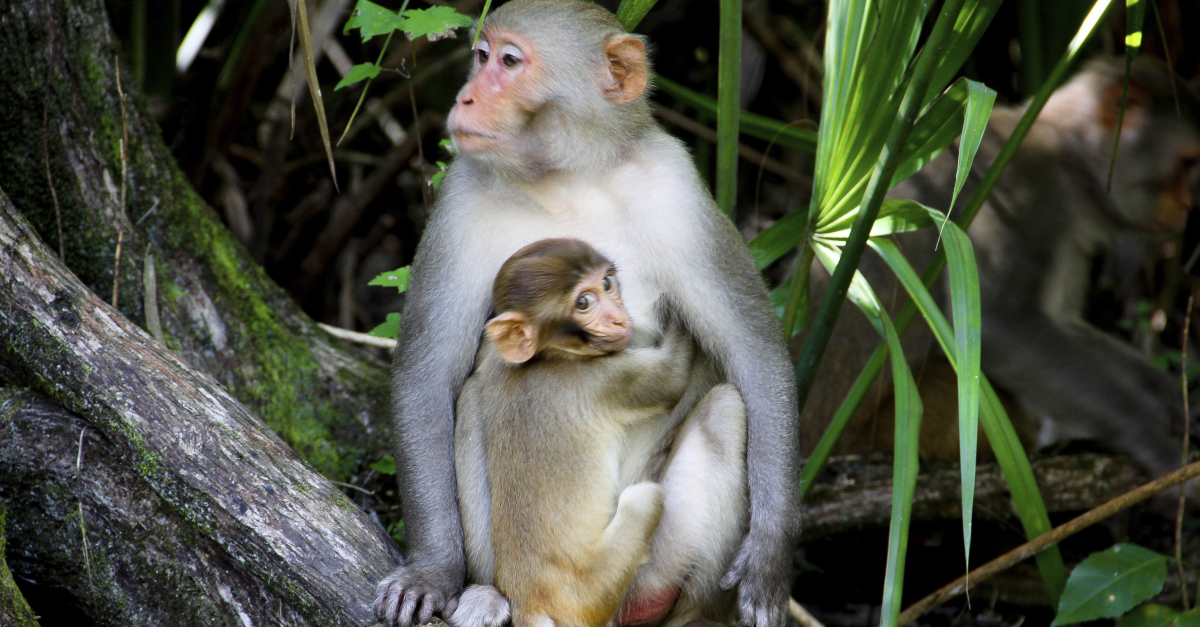 Wild monkeys are taking over this Florida state park

ST. PETERSBURG, Fla. (AP) — A troop of roaming primates in north-central Florida will nearly double in size if state wildlife managers don’t step in and stop the monkey business, according to new research released Monday.

In a study published in The Journal of Wildlife Management, researchers found that the number of rhesus macaques at Silver Springs State Park will grow to 350 animals or more by 2022. When the study was conducted in 2015, there were about 175 monkeys in the park, which is about 70 miles (113 kilometers) northwest of Orlando.

The study will help the state decide what to do with the animals. In January, wildlife officials expressed a desire to curb or even eliminate the monkey population because of research that showed some of the animals in the park carry the herpes B virus, which could potentially spread to humans. There have been 50 documented human cases worldwide, but no known transmissions to people from the Florida macaques.

Still, the state wants to reduce the potential of human-monkey interaction, which is difficult since people sometimes try to feed the animals or take selfies with them. Aggressive monkeys have forced the park’s closure on two occasions.

“The more monkeys you get out there, the greater probability of interactions with people,” said Steve A. Johnson, a wildlife ecology and conservation professor, and a co-author of Monday’s study.

While this kind of monkey is also found in other pockets of Florida, the research looked at two scenarios for the Silver Springs park, which is managed by the state: eliminating the macaques, and sterilizing the adult females.

If officials want to eliminate the monkeys entirely, they’ll have to remove at least half of them every other year, the study said. That would involve trapping and relocating, or trapping and euthanizing. The other option would involve sterilizing at least half the adult females every two years. That could cut the population to one-third its current size, the study showed.

All options, including doing nothing, are fraught with pitfalls.

“The monkeys invoke a lot of human emotion,” said Johnson, adding that it’s far less controversial to propose culling a non-native species like a python from Florida’s Everglades. “Some people, their opinion is that these animals have a right to be there.”

Monkeys are not native to Florida. While local legend says the monkeys in the park were released when the 1939 movie “Tarzan Finds a Son” was filmed in the area, experts say the primates are descended from monkeys intentionally released in the 1930s to increase tourism.

In hindsight, that was a bad idea, the researchers say.

C. Jane Anderson, a professor at Texas A&M University Kingsville and another co-author of the study, said it’s not just the potential monkey-human danger that needs to be considered when managing the animals.

“We do know there’s a very good chance that the Macaques are having a negative impact on native species,” she said. In other parts of the world, invasive macaques ate eggs of native birds and decimated bird populations. In the Florida Keys, macaques destroyed 30 acres (12 hectares) of mangroves, said Anderson. Additionally, 3,000 free-ranging rhesus macaques are maintained on Morgan Island, South Carolina, for biomedical research, and experts blame the monkeys for elevated levels of E. coli and fecal coliform bacteria in the waterways around the island.

“They’re amazing animals,” said Anderson. “They can adapt to all sorts of environments.”

The macaques are just one of Florida’s many non-native wildlife species, and they’re also a tourist attraction. Companies offer kayak tours to see the monkeys, with tourists giving the experience five-star reviews on sites like TripAdvisor. “The monkeys were calm and accommodating,” wrote one visitor, who said the troop sat on the bank of the river while people in kayaks took photos.

There might have been a reason for that: Johnson said that the monkeys are so smart that they knew that weekends drew more people to the river, and thus more opportunities for food.

Watch: The 5 Best Log Cabin Kits to Buy and Build