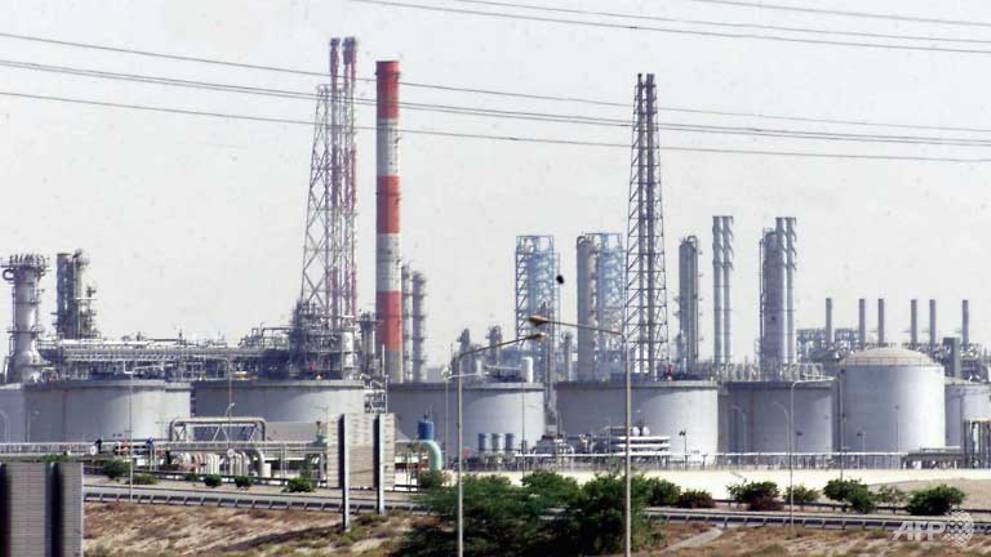 WASHINGTON: US President Donald Trump on Wednesday (Nov 21) ignored criticism that he gave Saudi Arabia a free pass on the murder of a dissident journalist, instead praising the Islamic kingdom for keeping oil prices low.

Trump, on holiday at his Florida Mar-a-Lago Club, doubled down on an unusually worded statement from Tuesday that he was essentially ignoring the killing of Jamal Khashoggi because of what he said were more important US strategic and commercial interests.

READ: US to give Saudi Arabia a pass even if Crown Prince behind Khashoggi murder

"Oil prices getting lower. Great! Like a big Tax Cut for America and the World. Enjoy! $54, was just $82," he tweeted. "Thank you to Saudi Arabia, but let's go lower!"

Oil prices getting lower. Great! Like a big Tax Cut for America and the World. Enjoy! $54, was just $82. Thank you to Saudi Arabia, but let’s go lower!

The fulsome praise for Saudi Arabia's help in maintaining cheap oil built on comments he made on Tuesday at the White House, saying that "if we broke with them, I think your oil prices would go through the roof."

"They've helped me keep them down," he said.

The focus on oil prices is one strand of Trump's argument against punishing the US ally for Khashoggi's death, even though the CIA reportedly found strong evidence that de facto Saudi leader, Crown Prince Mohammed bin Salman, was involved.

Khashoggi, a US resident who wrote for The Washington Post and had been critical of Prince Mohammed, was lured to the Saudi consulate in Istanbul on Oct 2, killed and reportedly dismembered.

After lengthy denials, Saudi authorities admitted responsibility and said 21 people had been taken into custody. However, a CIA analysis leaked to the US media went further, reportedly pointing the finger at Prince Mohammed, who has especially close contacts with the Trump White House.

In a formal statement on Tuesday - released just as nearly the entire White House press corps left to cover the lighthearted annual ritual of the president sparing a turkey from the Thanksgiving table -- Trump said the prince "could very well be" in on the crime.

But he then went on to flatly reject any intention of punishing the Saudi leader, saying Washington "intends to remain a steadfast partner."

Trump's reasoning was that Saudi Arabia and the United States are partners in opposing Iran and the Saudis have committed to US$450 billion in weapons contracts and other investments, as well as being a major oil producer.

This was in contrast to previously stated positions where Trump promised a tough response, warning in an October interview with The Wall Street Journal, for example, that the US-Saudi relationship "would take a while to rebuild."

Trump's posture has provoked rare dissension among the ranks of senior Republicans.

"It's not too much to ask an ally not to butcher a guy in a consulate," he said.

And Senator Bob Corker, the Republican leader of the foreign relations committee, tweeted scathingly: "I never thought I'd see the day a White House would moonlight as a public relations firm for the Crown Prince of Saudi Arabia."

Corker and the senior Democrat on the committee, Bob Menendez, demanded that the Trump administration issue a clear statement on whether Prince Mohammed was involved.

Another prominent Republican, Senator Rand Paul, added "Let's put America first, not Saudi Arabia," while Khashoggi's old employer the Post said in an editorial that Trump's position meant "a world where dictators know they can murder their critics and suffer no consequences."

Secretary of State Mike Pompeo pushed back in a radio interview on Wednesday, saying: "We are going to make sure that America always stands for human rights. We've watched the Saudis actually move in that direction during our time in office as well.

"It's not an unblemished record, but there certainly have been steps forward."

Oh pleaseeee. They just killed a US citizen in the most heinous n horrible way. And Trump praise them for the low oil prices. What an IDIOT PEESIDENT ! ! ! 💩💩💩👎👎👎