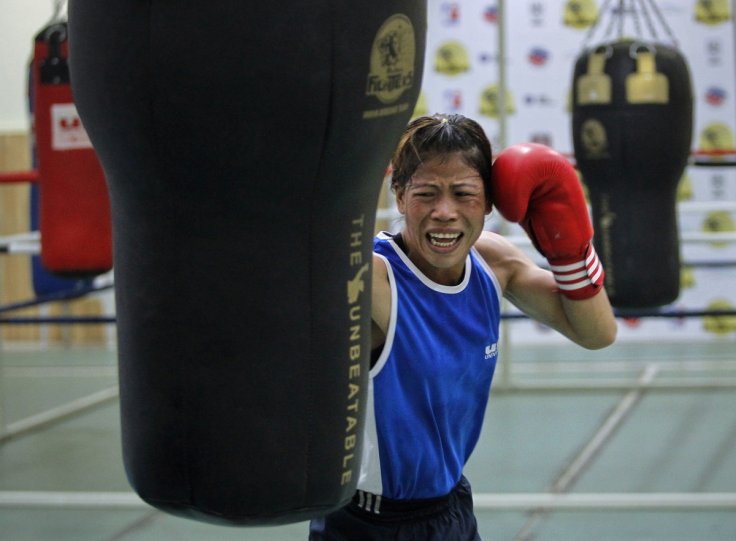 India's Mary Kom defeated China's Wu Yu in the quarter-final of the light flyweight (48kg) category in the Women's World Boxing Championships to guarantee herself a seventh world championship medal.

The 10th edition of the championships has had its fair share of surprises with established punchers bowing out and newcomers rising beyond expectations. But Mary Kom bucked that trend as she jabbed a clean 5-0 victory against her Chinese opponent to join three other Indians in the semi-final of the championships.

The other three – Lovlina Borgohain (69kg), Sonia (57kg) and Simranjit Kaur (64kg) – all debutants also guaranteed themselves at least a bronze medal in the 2018 edition of the world event.

There were two lovely stories coming out of the Championships at the end of Tuesday – one was the obvious delight over the accomplishment of three youngsters and the other was that of the 35-year-old legend of Indian sport, Mary Kom.

The three young ladies, who grew up idolizing Mary Kom are now with her, fighting beside her, for their nation and what is amazing is that Mary Kom, after all these years, is still around to fight beside them.

With her victory in the quarter-final, Mary Kom has now broken the world record for maximum medals at the World Championships going past Irish legend Katie Taylor.

"It was a tough bout. Not very tough but not very easy also. There are a lot of good Chinese boxers who keep coming. I have faced a lot of them but this opponent I have not faced earlier," Mary Kom told the media after her bout.

"But once I got her game I thought out what to do and I had not much of a problem after that," she added.

She will now face North Korea's Kim Hyang Mi, who she beat in the Asian Championships last year, on Thursday in the semi-final.

Meanwhile, Lovlina is focussing on a gold medal as she faces Chinese Taipei's Chen Nien-Chin in the semi-final.

"It feels good to enter the semi-finals but I am targeting gold, so I am not celebrating too much," she said to the media after her quarter-final win.

India's performance in the tournament has been praiseworthy as four of their ten boxers have assured themselves of a medal.