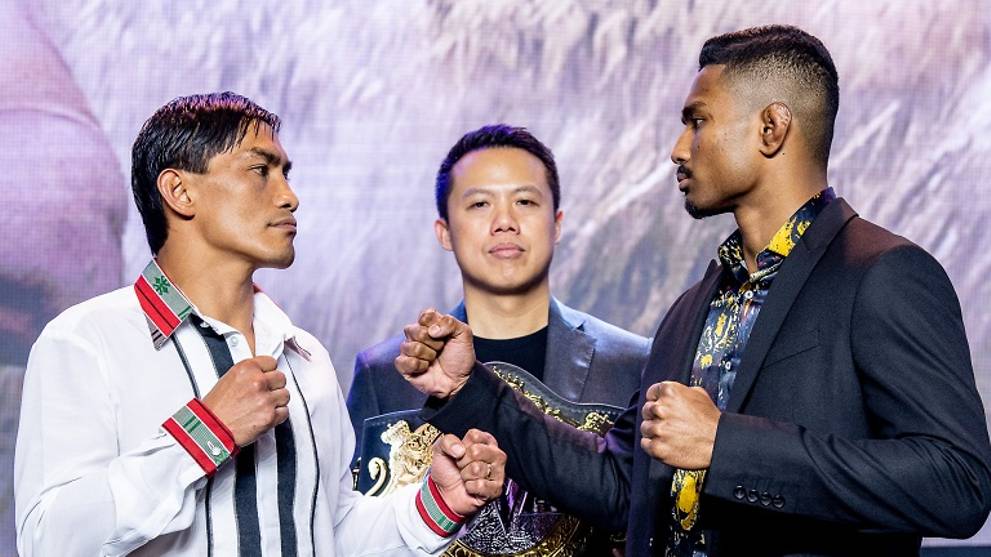 SINGAPORE: Mixed martial arts (MMA) exponent Amir Khan is a huge fan of boxing legend Muhammad Ali. And like his idol, Khan has a habit of predicting how many rounds it would take to beat his opponent.

Khan boldly claimed that the bout against Filipino veteran Eduard Folayang would not last more than 15 minutes.

“I feel that I can finish him in three rounds,” said Khan in a phone interview with Channel NewsAsia on Wednesday (Nov 21).

He has a strategy mapped out for the bout on Friday night in Manila which he described as the “biggest of his life”.

“For this fight, I have to be very careful. Be very patient, get a sense of the cage, put the pressure on immediately, wait for him to make mistakes, and capitalise on them immediately,” added the 24-year-old.

Winning the bout will make the 24-year-old Singaporean the ONE Championship lightweight (up to 77kg) title holder.

But he is the underdog with his record of 11 wins and three losses compared to Folayang's record of 20 wins and six losses. The 33-year-old Filipino also has the support of the expected 15,000 home crowd.

“I can understand why people are making him favourites, with the home crowd rooting for him and all. But for me, if I win, it’s not an upset,” said an unfazed Khan.

“I don’t really care if they’re rooting for me, or against me. Because once I step in the cage I will zone out. I think winning over the crowd is fair game. If I show that I can compete, everyone will cheer for me,” he said confidently.

Khan is aware that if he overcomes Folayang on Friday, he will be the first Singapore citizen to win a world MMA title, under the ONE championship banner.

ONE Championship’s atomweight (up to 52kg) female champion Angela Lee fights under the Singapore flag, but she is a Canadian citizen based in Hawaii.

“I’m so proud to represent Singapore, but I feel like if I win, I will be the first of many champions coming from there,” said Khan, who wants to become the Joseph Schooling of MMA.

“I want to show everyone that it’s a possibility to become world champion, even with the training and coaching from Singapore,” he added.

In a ONE Championship press conference on Tuesday, Folayang, who is a former lightweight champion, paid tribute to Khan as a “great young martial artist”.

“He has shown tremendous growth since his very first ONE Championship bout. I cannot underestimate him because he is younger than I am,” said Folayang.

Folayang is renowned for his kicks and strikes, but Khan believes his lanky frame would give him an edge in the encounter.

“I’m about 7cm taller … so I think it would hard for him to reach me. Because his strength are side kicks, spinning kicks, but it won’t be easy for him to land all his strikes. And he’s going to feel awkward, because of my height and his range and he’s going to have to adjust to it,” said Khan.

Khan is confident that despite his lack of experience, he has a good opportunity to make history for Singapore.

“In my MMA journey over the last decade, I have been perfectly aligned. I was a purely Muay Thai fighter but now I’m all rounded. And that’s why I have this chance to contend for the world title,” he said.