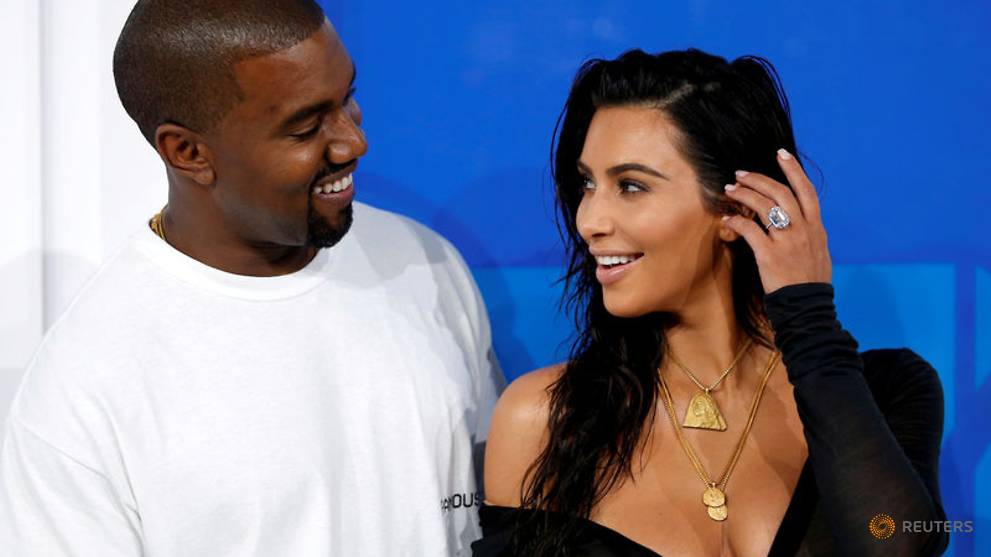 Kim Kardashian and Kanye West hired private firefighters to protect the celebrity couple's own multimillion-dollar mansion, as well as their neighbourhood in rural Calabasas.

Kim Kardashian and Kanye West on Wednesday donated US$500,000 (S$686,700) to firefighters and victims of a massive Southern California wildfire that came close to destroying the celebrity couple's own multimillion-dollar mansion.

Kardashian, appearing on The Ellen DeGeneres Show, said she and West hired private firefighters to protect their home and others in their neighbourhood in rural Calabasas, north of Los Angeles.

Kardashian, West and their three children were among thousands of people forced to evacuate their homes during the 93,000-acre (37,635-hectare) Woolsey fire two weeks ago that spread into coastal Malibu, destroying 1,500 buildings and killing three people.

Kardashian, a businesswoman and star of reality show Keeping Up With the Kardashians, said the flames "got to our gate. We are still not in our home now. The smoke, the smell is too intense."

She said the couple felt blessed at being able to hire private firefighters.

"Our house is right on the end of a big park," she said. "We were able to get private firefighters... and they saved our home and saved our neighbourhood. I had them make sure they controlled every house on the edge, so it wasn't just our home."

Kardashian, West, and the rapper's fashion company Yeezy and sportswear company Adidas, which makes his sneakers, donated US$400,000 to victims of the fire and to California firefighters.

They also donated a further US$100,000 to firefighter Michael Williams, who fought the blaze in his neighbourhood after narrowly escaping from his own burning home.

The Woolsey fire is now 93 percent contained. A separate fire in northern California destroyed more than 12,000 homes and businesses in the town of Paradise and killed 81 people. Another 700 are still unaccounted for almost two weeks after the blaze swept through the town, beginning on Nov. 8.