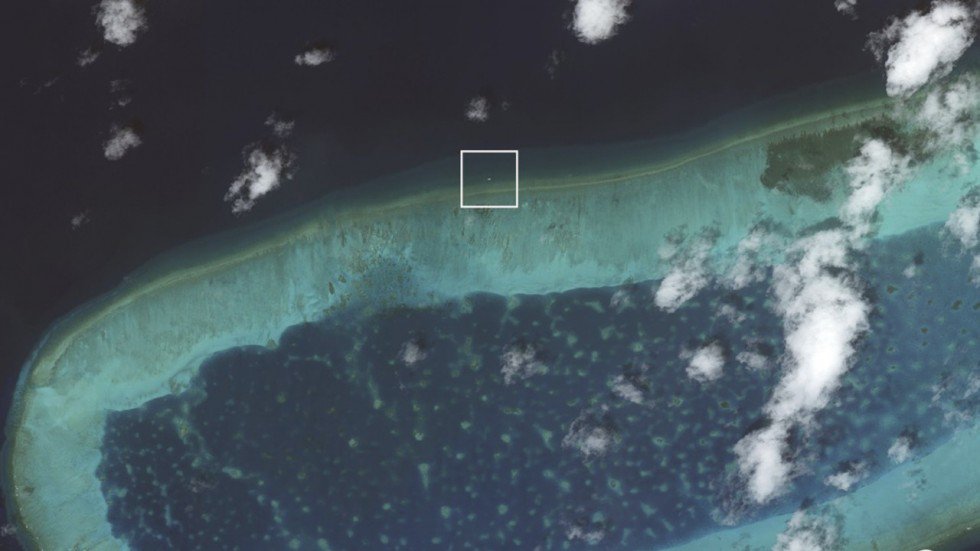 China has installed a new platform on a remote part of the Paracel Islands in the disputed South China Sea which could be used for military purposes, according to recent satellite images reviewed by a US think tank.

The strategic waterway is claimed almost in its entirety by China, whose continued building of military and other installations on artificial islands and reefs there has unnerved the region and angered Washington.

The Asia Maritime Transparency Initiative of Washington’s Centre for Strategic and International Studies said the images showed a “modest new structure” on Bombay Reef, topped by a radome and solar panels.

“The development is interesting given Bombay Reef’s strategic location, and the possibility that the structure’s rapid deployment could be repeated in other parts of the South China Sea,” the group said in a statement on Tuesday.

The purpose of the platform and radome was unclear, but it could be for military use, it said.

“The reef is directly adjacent to the major shipping lanes that run between the Paracels and the Spratly Islands to the south, making it an attractive location for a sensor array to extend Chinese radar or signals intelligence collection over that important sea lane,” the group said.

China’s defence ministry did not respond to a request for comment.

Foreign ministry spokesman Geng Shuang said China’s sovereignty over the Paracel Islands was not in dispute, and there was nothing wrong with China carrying out construction work on its own territory.

“As for the specific situation you mention, I have no understanding of it,” Geng told a daily news briefing.

Vietnam also claims the Paracels. Vietnam’s foreign ministry did not immediately respond to a request for comment.

Separately, an influential state-run paper on Wednesday said China should put more focus on building civilian facilities on islands in the South China Sea and less emphasis on the military to soothe regional fears about China’s intentions.

In a commentary, China’s Study Times said there was a “potential risk of war” for areas surrounding the country such as the South China Sea.

“Unprecedented outside military interference is the biggest threat to peace and stability in the South China Sea,” said the paper, published by the Central Party School, which trains rising officials.

“Without the strong deterrence power of our military in the South China Sea, then protecting regional peace and stability is merely idle theorising and falls short of what we would wish.”

But there must be a greater role for non-military actors in the South China Sea, it added.

“Facilities on the reefs and islands of the South China Sea should be more civilian and less military,” the paper said.

That means there should be more focus on building lighthouses, civilian airports, maritime search and rescue, scientific research and weather forecasting, it added.

“Just as the Chinese government has repeatedly stressed, after the completion of the island facilities, they will actively provide relevant public security products and services to regional countries,” the paper said.

This would help the international community with things like counterterrorism and anti-piracy operations, to jointly safeguard peace and security in the South China Sea, it added.

China has said some civilian facilities on the islands were intended for use by others in the region, but the government has given few details about how that may work in practice.

The islands China occupies in the South China Sea are off limits to foreigners, with access under the effective control of the People’s Liberation Army despite them technically being administratively part of China’s southern Hainan province.

Vietnam, Malaysia, the Philippines, Taiwan and Brunei also have competing claims in the South China Sea.

China has frequently lambasted the United States and its allies for freedom of navigation naval operations near Chinese-occupied islands.

China said it had the right to build “necessary defence facilities” on what it considers its own territory and urged Washington to stop sending warships and military planes close to the islands that Beijing claims.