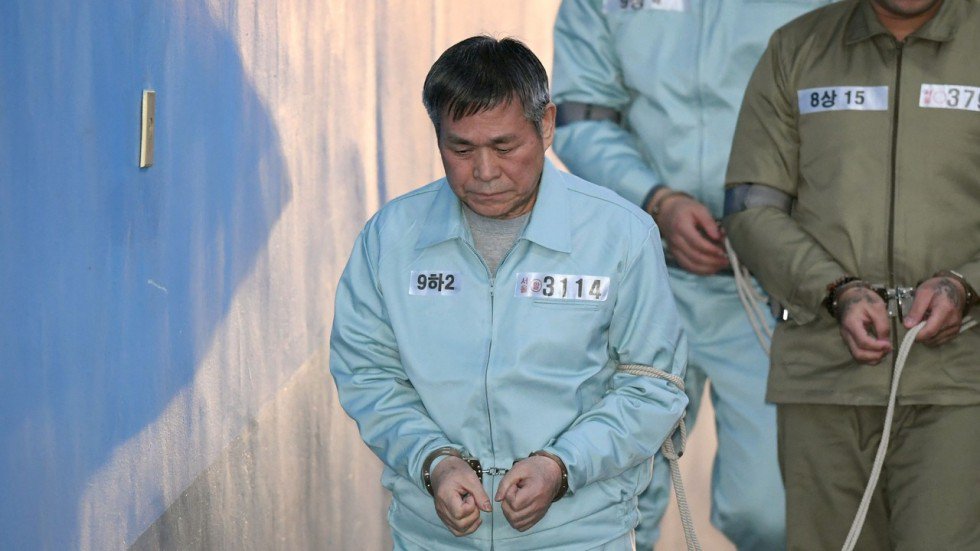 A South Korean cult leader was convicted on Thursday of the multiple rape of eight female followers – some of whom believed he was God – and jailed for 15 years.

Religious devotion is widespread in technologically advanced South Korea, with 44 per cent of people identifying themselves as believers.

Most belong to mainstream churches, which can accumulate wealth and influence with tens of thousands of followers donating as much as 10 per cent of their income. But fringe groups are also widespread – experts say around 60 people in the country claim to be divine – and some have been implicated in fraud, brainwashing, coercion, and other behaviour associated with cults worldwide.

Lee set up the Manmin Central Church in Guro, once a poor area of Seoul, with just 12 followers in 1982. It has now grown to 130,000 members, with a spotlight-filled auditorium, sprawling headquarters, and a website replete with claims of miracle cures.

But three of Lee’s followers went public earlier this year, as South Korea was swept with a wave of #MeToo accusations, describing how he had summoned each of them to an apartment and raped them.

I was unable to turn him down.He was more than a king. He was God

“I was unable to turn him down,” one of them told South Korean television. “He was more than a king. He was God.”

Lee told another that she was now in Heaven, and to strip as Adam and Eve went naked in the Garden of Eden.

“I cried as I hated to do it,” she told JTBC television.

Eight women laid criminal complaints, and the court found Lee raped and molested them “tens of times” over a long period.

“Through his sermons the accused has indirectly or directly suggested he is the holy spirit, deifying himself,” the judge said.

The victims believed him to be “a divine being who wields divine power”, he added.

Lee, who denied the charges, stood with his eyes closed as the judgment was read, showing no emotion, while around 100 followers filled the courtroom to overflowing, some of them sighing quietly.

The 75-year-old’s lawyers had accused the women of lying to seek vengeance after being excommunicated for breaching church rules.

South Korea has proven fertile ground for religious groups with strong, unambiguous ideologies that offered comfort and salvation that appealed strongly during times of deep uncertainty.

More recent versions have claimed a unique knowledge of the path to material and spiritual prosperity – a message that resonates in a highly competitive and status-focused society.

According to a 2015 government survey, 28 per cent of South Koreans say they belong to Christian churches, with another 16 per cent describing themselves as Buddhist.

But according to Park Hyung-tak, head of the Korea Christian Heresy Research Institute, around two million people are followers of cults.

There are some 60 Christian-based cult leaders in this country who claim to be the second coming of Jesus Christ, or God Himself

“There are some 60 Christian-based cult leaders in this country who claim to be the second coming of Jesus Christ, or God Himself,” he said. “Many cults point to megachurches mired in corruption and other scandals in order to highlight their own presumed purity and attract believers.”

On his own website, Lee says that God has “anointed me with His power” but the Manmin Central Church has been condemned as heretical by mainstream Christian organisations, partly because of its claims to miracle healing.

In one example on the church website, Barbara Vollath, a 49-year-old German, said he was born deaf but her bone cancer was cured and she gained hearing in both ears after Lee’s daughter and heiress apparent Lee Soojin prayed for her with a handkerchief he had blessed.

South Korean cults can have deadly consequences: in 1987, 32 members of an apocalyptic group called Odaeyang, were found dead at their headquarters in an apparent murder-suicide pact, including its leader, who was under police investigation for embezzlement. And they can influence the highest reaches of power.

Choi Soon-Sil, the woman at the centre of the corruption scandal that brought down her close friend president Park Geun-hye, is the daughter of late religious leader Choi Tae-min.