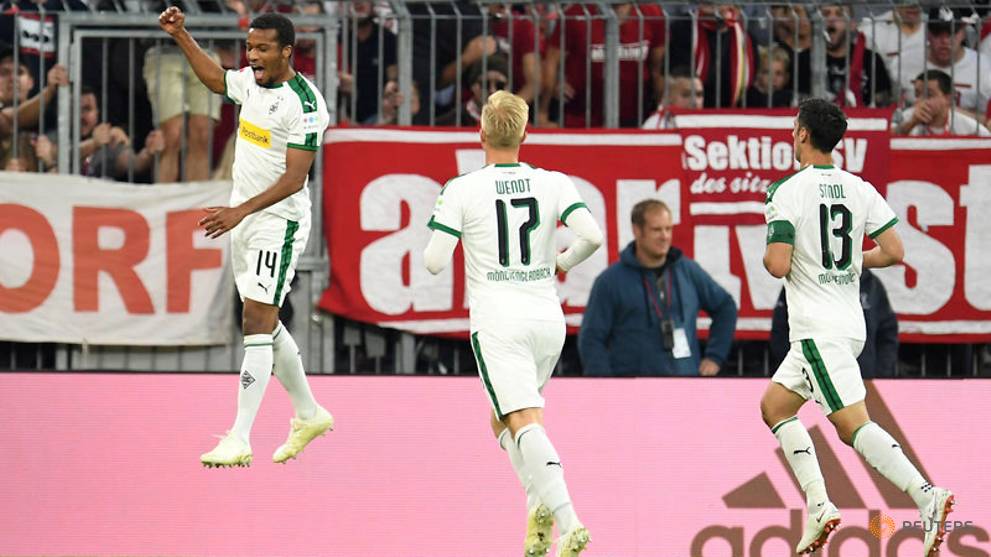 Borussia Moenchengladbach forward Alassane Plea arrived in the Bundesliga this season as the club's relatively unknown record transfer but has quickly lived up to his price tag with eight goals in 11 league matches.

BERLIN: Borussia Moenchengladbach forward Alassane Plea arrived in the Bundesliga this season as the club's relatively unknown record transfer but has quickly lived up to his price tag with eight goals in 11 league matches.

The 25-year-old Frenchman, who signed for 23 million euros (US$26.3 million), capped a memorable start to his first Bundesliga season with a France call-up and a brief substitute appearance against Uruguay on Tuesday.

Powerful Plea has quickly made a name for himself, registering three assists as well as his eight goals in the Bundesliga as Gladbach lie in second place, four points off the top. He has scored another three goals in the German Cup.

With the Foals, unbeaten at home, hosting strugglers Hanover 96 on Sunday, fans will be hoping Plea can keep on scoring to give leaders Borussia Dortmund a run for their money.

"I'm very happy, I feel good in Germany. This call-up makes me very happy. It shows I'm on the right track, that I made the right choice," he said before his first appearance for world champions France on Tuesday.

"It was hard at the start, but my team mates have put me in the best possible conditions. It's a league I like. In the Bundesliga, the matches are very open, each team wants to score all the time."

But his fine form for Gladbach is no accident. The club has had an eye on the player since he was 18, monitoring his progress and seizing their opportunity in the close season to sign him from Nice.

"We have known Alassane Plea for a very long time but until this season now there was never the opportunity to strike," Gladbach chief scout Steffen Korell told the Rheinische Post Newspaper.

"This is exactly the work we are doing. The preparation for the moment when it will be possible. Our philosophy is to know a player as well and as long as possible in order to be able to say he fits for Borussia Moenchengladbach."

There could not be a better fit than Plea, it seems. Versatile and strong, he is equally comfortable playing deep in attack as he is falling back behind a striker to set up goals.

With Thorgan Hazard contributing another seven goals, Gladbach, with 26 goals in 11 league games, have the second best frontline, behind leaders Dortmund.

Dortmund travel to Mainz 05 on Saturday while out-of-form champions Bayern Munich take on Fortuna Dusseldorf and are looking for their first win in three matches.