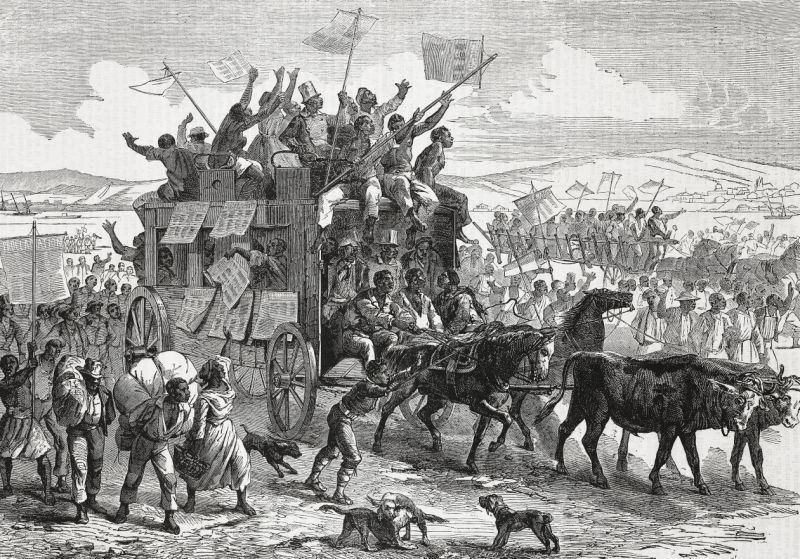 Lowest price for aircon cleaning here
Need urgent deliveries? We can do it in 1 hr!

After a bitterly contested and, many say, politically driven debate that played out in the public eye, the Texas State Board of Education approved new standards last week for social studies curriculums in public schools.

One notable change making headlines: Students in the state will soon learn that slavery played “the central role” in causing the Civil War. The board also decided to keep in the curriculums Hillary Clinton and Helen Keller — both of whom had been nixed, to widespread outrage.

The Civil War was fought over slavery — a fact that Texas students will finally begin learning in 2019. #TeachHardHistoryhttps://t.co/qoVnLlrabV

As The New York Times noted, Texas’ current educational standards list slavery as one of three causes of the Civil War, behind sectionalism and states’ rights. Under the new standards, the “expansion of slavery” is highlighted as having played “the central role” in sparking the conflict — though sectionalism and states’ rights are still listed as “other contributing factors.”

Lawrence Allen Jr., the board’s only African-American member, proposed the language change, NPR reported. He said that Texans remain divided on the history of the Civil War but that the new language makes a clearer link between slavery and the conflict.

Many educators have criticized the revision as not going far enough, however. Nearly 200 scholars from colleges and universities across Texas took issue with listing states’ rights as a cause of the Civil War.

In a Nov. 12 letter to the state’s education board, the scholars said doing so “resurrect[s] the ‘Lost Cause’ myth, a long-discredited version of history first promoted in the late 19th and early 20th centuries to glorify the Confederate past and reinforce white supremacist policies such as the disenfranchisement of African Americans and Jim Crow segregation.”

Ron Francis, a Dallas middle school teacher who testified before the education board this month, put it another way. “The lies they’re telling are a little smaller than the lies they used to tell,” he told The Texas Tribune.

Historians have also taken issue with the board’s decision to keep the biblical figure Moses on a list of political thinkers “whose principles of laws and government institutions informed the American founding documents.” The board rejected amendments “to remove a reference to the ‘heroism’ of the defenders of the Alamo” and “to correct a standard that suggests separation of church and state is not a key constitutional principle,” The Washington Post reported.

The board bowed to public pressure to keep former Secretary of State Hillary Clinton and author and activist Helen Keller in the curriculums. A draft of the revisions had removed the two women, along with several other notable figures, in an effort to streamline the curriculums. But the omissions were met with public furor after the proposed changes were made available for public comment in September.

Marty Rowley, a Republican member of the board, said he decided to vote in favor of restoring Clinton’s and Keller’s names to the curriculums after seeing the reaction their proposed removal triggered.

“I don’t necessarily agree with Hillary Clinton’s politics, but there was significant public outpouring that indicated that she was a significant political figure that needed to be included, so that’s how I voted,” he told the Times, adding that he took into consideration suggestions made by people living in other states because “Texas has a level of influence, certainly, with regard to instructional materials.”

As the paper noted, 1 in 10 American public school students lives in Texas, and textbooks based on the state’s education standards are used by public schools across the nation.