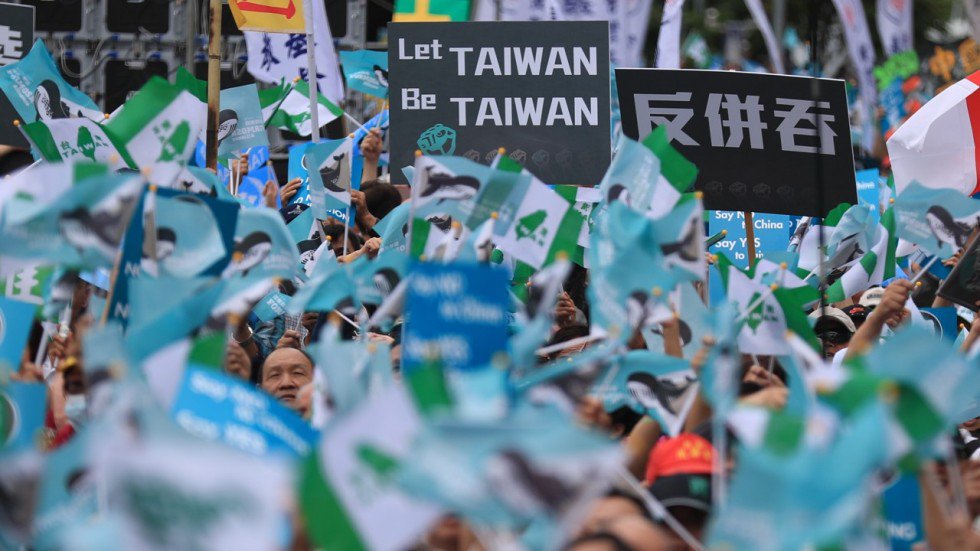 Strained relations between Beijing and Taipei have had a detrimental impact on European companies doing business in the region, according to an annual report by the European Chamber of Commerce Taiwan.

“Businesses represented in both Taiwan and [mainland] China are facing increasing pressure,” the organisation said in its “2019 Position Papers”, which was released on Wednesday.

“Issues such as listing Taiwan as a country on company websites, the use of the ROC flag and references to ‘Made in Taiwan’ have been criticised by the authorities in China,” it said, using the abbreviation for the Republic of China, Taiwan’s formal name.

Beijing considers the self-ruled island a breakaway province awaiting reunification, by force if necessary. It suspended official exchanges with Taiwan after Tsai Ing-wen of the independence-leaning Democratic Progressive Party was elected president in 2016 and refused to accept the one-China principle, which the mainland regards as the sole political foundation for exchanges and friendly ties.

As well as staging military patrols and war games in the waters and skies close to Taiwan, Beijing has succeeded in convincing five of the island’s diplomatic allies to shift their allegiance to the mainland over the past two years.

It has also pressured foreign firms seeking to do business with the mainland to refer to the island as “China, Taiwan,” or “Taiwan, Province of China” rather than as “Taiwan” or the “Republic of China”. Those that fail to comply face the prospect of being blacklisted.

The chamber’s report said Taiwan was also having to deal with the fallout from the US-China trade war, which it said would eventually hurt the island’s electronics industry, its primary source of export income.

Other challenges included a talent shortage and regulatory restrictions that discouraged foreigners from investing in Taiwan, it said.

Taipei should seek to tackle the skills shortage by opening its doors to workers from the mainland, which has one of the largest talent pools in the world, the report said. It also called for a relaxation of an import ban on certain products produced in the mainland.

US, Taiwan military ties closer than ever as Donald Trump challenges Beijing

“The [chamber] committee’s application to the Bureau of Foreign Trade to remove the import ban on some goods produced in mainland China listed in the last year’s [Position] Papers was rejected on the grounds of protecting local industry,” the document said, adding that the restriction and others like it was making life difficult for businesses and investors.

Taiwan should also take steps to tackle the problem of a greying workforce, the chamber said, as the island has the world’s most rapidly ageing population.

The Position Papers report, which was submitted to the Tsai government, includes separate submissions from 24 of the chamber’s 30 industry and support committees, and raises 148 issues, 93 from previous years and 55 new ones.