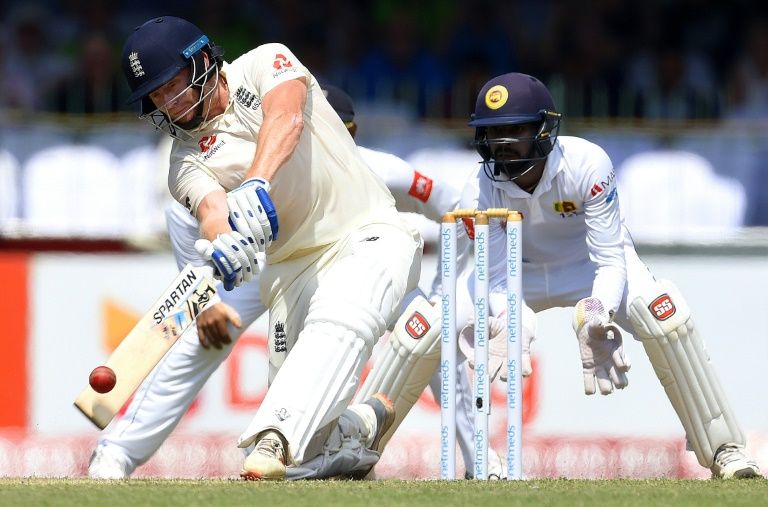 Sri Lanka's spinners made England sweat in the third Test on Friday, removing both openers cheaply before Joe Root and Jonny Bairstow survived reviews to build a 66-run partnership.

At lunch on day one, England were 102-2, with Root not out 28 and Bairstow unbeaten on 42 at the Singhalese Cricket Club. The visitors are hoping for a 3-0 whitewash.

Batting after Root won his eighth consecutive toss, this was England's best start in the series, having been five wickets and four down by lunch in the two previous Tests.

Bairstow, playing his first Test of the series and batting at three -- the fourth man to do so this series -- survived an early review off Pushpakumara but grew in confidence.

Replacing an injured Sam Curran but kept off wicketkeeping duties, Bairstow hit four fours and a first six as he headed towards England's top score for a number three this series.

Root, fresh from a century in his last innings, also survived a review before sweeping comfortably as he has done all series.

England have rested fast bowler James Anderson to give Stuart Broad his first Test of the series.

Sri Lanka also made two changes, bringing in left-arm wrist spinner Lakshan Sandakan to replace Akila Dananjaya who is in Brisbane having his bowling action tested.

Under-performing opener Kaushal Silva was left out in favour of Danushka Gunathilaka.