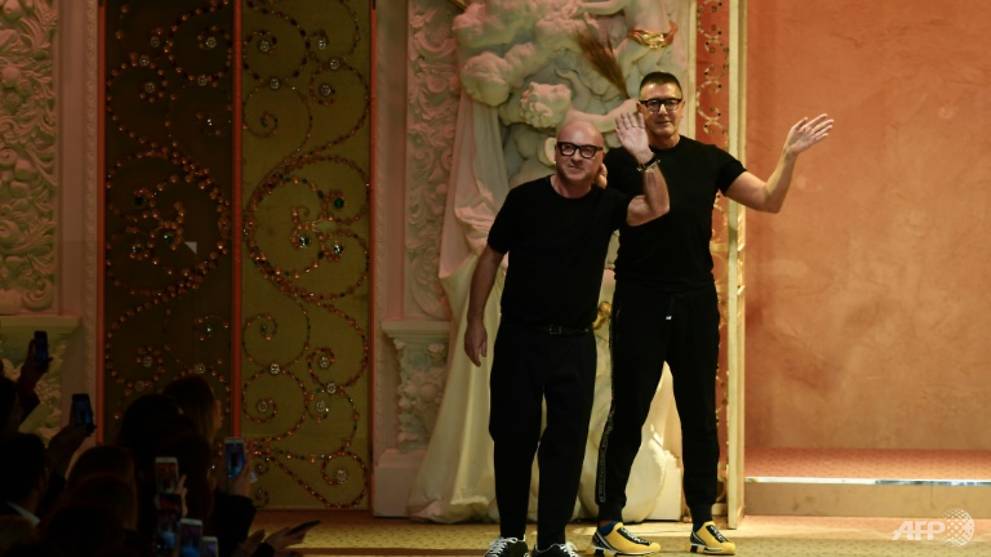 BEIJING: The founders of Italian fashion house Dolce & Gabbana apologised to Chinese customers on Friday (Nov 23) as a row over racially offensive posts snowballed, with its products pulled from lucrative Chinese e-commerce platforms.

In an attempt to salvage their reputation in the world's most important luxury market, Domenico Dolce and Stefano Gabbana capped a 1 minute 30-second mea culpa by saying "sorry" in Mandarin in a video posted on a Chinese social media platform.

"Our families always taught us to respect different cultures across the world and because of this we want to ask for your forgiveness if we have made mistakes in interpreting yours," said Dolce in Italian.

"We want to say sorry to all Chinese across the world, of which there are many, and we are taking this apology and message very seriously," Gabbana added.

It was posted on the brand's official Weibo account, the popular Chinese Twitter-like social media platform, where they have close to one million followers.

The company had already issued a written apology on Weibo earlier this week after the scandal prompted Dolce & Gabbana to cancel a fashion show in Shanghai.

The controversy arose this week after Dolce & Gabbana posted short clips on Instagram showing a woman eating pizza, spaghetti and a cannoli with chopsticks that some deemed culturally insensitive.

But it escalated after screenshots circulated of an Instagram user's alleged chat with the famously volatile Gabbana, who used five smiling poo emojis to describe China and launched insults at the country and its people.

The company said its account and that of Stefano Gabbana had been hacked, and that its legal office was investigating the matter.

A spokeswoman of retail giant Suning.com said they have removed all Dolce & Gabbana products after the incident.

The brands also could not be searched on retail giants Taobao and JD.com. The two companies did not respond to requests for comment.

Chinese netizens were unconvinced by the latest apology, with the video garnering over 100,000 comments some three hours after it was posted.

"They're bowing their precious heads to the renminbi (yuan) then," one Weibo user commented on the apology post.