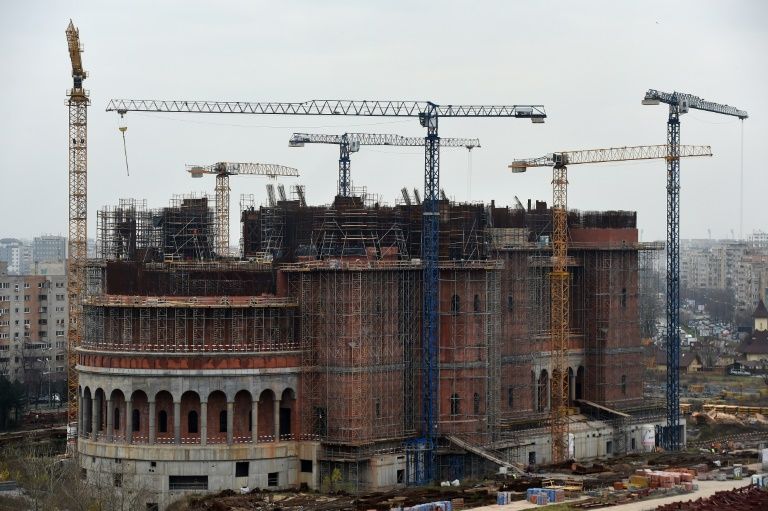 24 hrs locksmith services! Get discount here
Need urgent deliveries? We can do it in 1 hr!

Romania will inaugurate a massive new Orthodox cathedral on Sunday, amid criticism that public funding for the project could be used to pay for hospitals and schools in one of the EU's poorest members.

Construction of the Romanian People's Salvation Cathedral in Bucharest began in 2010 and is only scheduled to be completed in 2024.

But the consecration mass on Sunday -- being celebrated by the Ecumenical Patriarch Bartholomew of Constantinople and Romanian Patriarch Daniel -- is expected to attract tens of thousands of worshippers from all over the country following the ceremony both inside the cathedral and outdoors.

The cathedral "will be the most important place in Romania on Sunday," according to a statement released by the Orthodox Church.

Covering an area of 14,000 square metres (150,000 square feet), the cathedral will be Romania's second tallest building with its main bell tower measuring 120 metres (390 feet) in height.

Situated in the centre of the capital city behind the pharaonic Palace of Parliament of former communist dictator Nicolae Ceausescu, it will be able to hold as many as 5,000 worshippers.

Originally, the cost was estimated at around 80 million euros ($91 million). But it has already spiralled to 110 million euros and tens of millions more are expected to be spent before it is completed.

With around 75 percent of the amount already paid for by public funds, the cost has created controversy in a country where investment in dilapidated infrastructure is badly needed.

Around 88 percent of the population of a total 20 million are Orthodox.

"It seems that the authorities are more interested in investing in our well-being in heaven rather than here on earth", said Gelu Duminica, a sociology professor at the University Bucharest.

He pointed out that 1.5 million Romanians earn no more than three euros a day and that some neighbourhoods in Bucharest are still without plumbing or running water.

The Patriarchate argues that Romania "needs a representative national cathedral, which symbolises faith, freedom and dignity of the people".

Despite criticism about the costs, successive governments over the past decade have nevertheless put up the money in the hope of winning the support of the powerful Orthodox church in return.