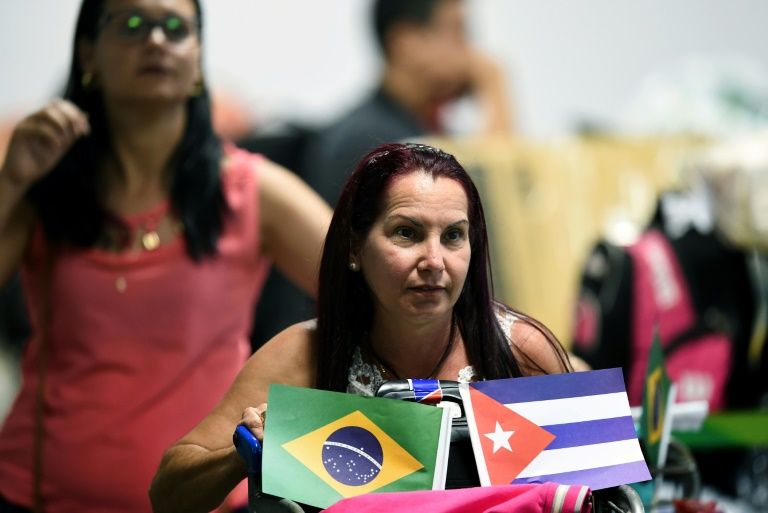 1-to-1 hair care consultation: Sign up here
SASA has many positions looking to be filled! Apply now!

Cuba announced last week it was pulling its doctors out of a medical aid program to Brazil following criticism of the island-nation by the South American giant's new far-right president-elect Jair Bolsonaro.

"Early on Friday, the apostles of Cuban health returned home," wrote Diaz-Canel on Twitter, paying "tribute to the men and women who made history in Brazil."

The first of more than 8,000 doctors working in Brazil started returning last week to be welcomed at Havana airport by Cuba's deputy health minister, Regla Angulo.

The doctors are due to return to their homeland by December 10. The program was started five years ago when Brazil was in the hands of leftist president Dilma Rousseff.

Those returning on Friday held flags from the two countries.

"We're returning today as our colleagues will, with all the honor and dignity of the world," one doctor told the Juventud Rebelde newspaper.

"We will never allow threats nor that anyone questions the humanity and professionalism with which we attended to our Brazilian patients."

The feud erupted after Bolsonaro, who is due to assume office on January 1, accused Cuba of keeping most of the money Brazil was paying for the doctors' salaries.

He also said he would make changes to the program to include a competency test for Cuban medical personnel wanting to work in Brazil.

He has offered to directly hire those doctors wishing to remain in Brazil.

Cuba pays its foreign-based doctors 30 percent of what it receives for their services but says it puts the rest into the state coffers that provide free and universal health care for all its citizens.

The export of skilled workers is Cuba's primary resource generator and used to be worth $10 billion a year to the impoverished country, although that number has dropped considerably over the last few years due to the economic crisis in Venezuela, which employs thousands of Cuban doctors.

A Brazilian diplomatic source told AFP last week that 2,000 Cuban doctors were expected to remain in the country.