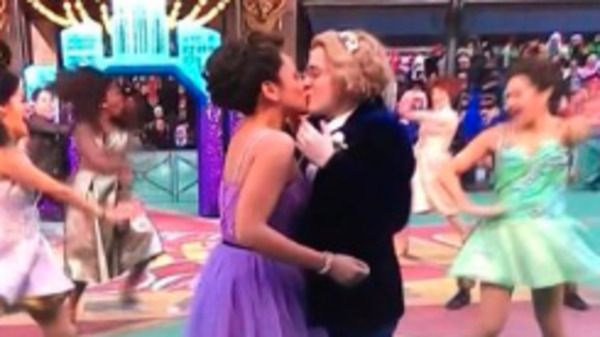 A conservative group faced backlash on Twitter after it claimed the same-sex kiss televised live from the Macy’s Thanksgiving Day Parade in New York had broken the innocence of “millions of small children.”

ForAmerica ― whose mission is to “reinvigorate the public with the principles of American exceptionalism: freedom, prosperity and virtue” —  accused Macy’s and NBC of blindsiding parents Thursday by airing the kiss between actresses Caitlin Kinnunen and Isabelle McCalla during a rendition of musical “The Prom.”

The group also accused the network and department store of trying to “push their agenda on little kids.”

Millions of small children just watched two girls kiss and had their innocence broken this morning. @nbc and @Macys just blindsided parents who expected this to be a family program, so they could push their agenda on little kids. #macysthanksgivingdayparade#MacysDayParadepic.twitter.com/EmCLSfNmAj

In response, many tweeters noted that “love is love” and not “a political agenda.” “It was a family program. Not all families look the same. It’s good that all children see that,” wrote one. “Love is a family program,” added another.

Others claimed the innocence of American children had been more likely taken by the country’s gun violence epidemic and mass shootings:

It was a family program. Not all families look the same. It’s good that all children see that.

Love is a family program.

If any child had their innocence broken by this, it’s only because their awful parents have already taught them to hate gay people

Hi from the UK! FYI my 2 year old son's best friend is a little girl. That little girl has 2 mums (yes i said mums and not moms). My 2 year old has no issue with this. Get a grip. More pressing issues in the world than a same sex couple kissing on tv

Hahahaha...man..as soon as I saw that I knew some hateful people were gonna be big mad get over it. My 4 year old saw it and didn't say anythingIf you need a warning about a parade, you need to look at your life and also never leave your house

Had their innocence broken? Really? Events in America would be the reason for that, rather than a lovely kiss. Get your priorities right people. It is 20gayteen after all

Kids are shot in American schools on the regular & we continue to do nothing about it. You want to preserve their innocence? Let's maybe worry about that & not expressions of love.

We shot the innocence out of all the kids in the US already, its fine.

This country averages one mass shooting a day. Given the choice between women kissing and people dying, I’ll take the former.

All those millions of small children wouldn’t see a single thing wrong on that screen, until their parents start telling them they should be seeing otherwise. Teaching your child to judge, demean and hate other people is the ONLY problem here!

The horror. Two people exercising legally protected freedom. If only there was an organization looking to reinvigorate freedom to defend them from bigoted harassment. pic.twitter.com/L5jGJfDqqW

This *is* what my family looks like and I’m happy to see it represented. Thank you, @Macys & @nbc for ignoring bigots like @ForAmerica and showing an America with love for everyone.

YouAreTheProblemThank you @Macys@nbc for showing the world love is love.

How about you think about all the people who couldn't go home to their families today because they have been disowned and shamed for who they love and who they are. Think of all the people on the streets as a result. Explaining to kids that everyone should be loved isn't hard

That kiss was absolutely innocent and lovely. Nothing to hide

Gay individuals have families too and love their children like you do. However, most of them are not hateful since they have learned the hard way that being in the minority makes you a target by unempathetic, fearful people. I'm very impressed with NBC and Macys.

This is so beautiful! Love Is Love ️🧡🖤Congratulations from the UK pic.twitter.com/TfnVLvdxaW 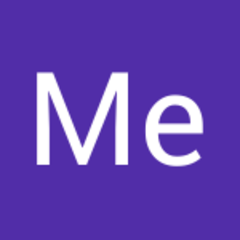