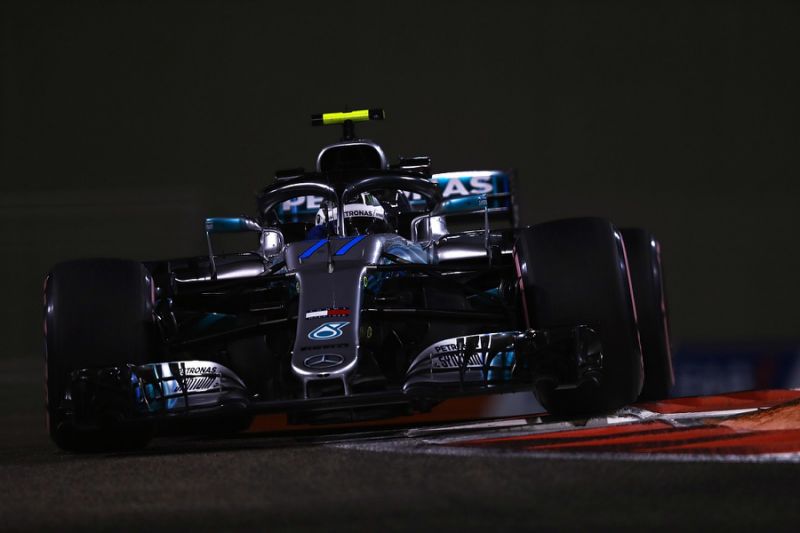 Mercedes' initial analysis of Lewis Hamilton's Formula 1 engine after Abu Dhabi Grand Prix Friday practice is that it "all looks normal" following the damage sustained during the previous race.

A problem in the variable inlet system of Hamilton's engine caused unstable combustion during the Brazilian GP, although the team acted mid-race to prevent an "imminent" engine failure.

But the engine was still damaged and Mercedes made some changes, outside the parameters restricted by the FIA regulations, ahead of the Abu Dhabi weekend in a bid to prevent the need to use either old components or penalty-inducing new ones in the season finale.

Mercedes chief race engineer Andrew Shovlin said: "We ran through a number of checks on Lewis's power unit and so far it all looks normal, which is good news.

"You always struggle a bit more with overheating in FP1 but other than that, the car seemed to be working OK."

Valtteri Bottas set the pace in Friday practice for Mercedes, heading the FP2 times by 0.044s ahead of Red Bull's Max Verstappen.

Hamilton was two tenths slower than Bottas in fourth.

He has received a reprimand for crossing the white lining separating the pit entry and the track during FP1.

It is his second of the season and means a third reprimand for a driving offence in FP3 or qualifying will mean he gets a 10-place grid penalty for the race.

Shovlin said Mercedes' run plan on Friday including 2019 experiments in FP1 and then long run work in FP2, which gave the team a "decent platform to work with".

"We had a lot of 2019 test and development items on both cars in FP1 so that was a very busy session although we were still able to do a reasonable amount of the normal race preparation," he said.

"In FP2 we had a more normal programme, the car seemed a bit more competitive, especially on a long run."

Bottas is seeking victory this weekend to avoid ending the year without a win.

He controlled last year's race from pole position and said he felt like he could "trust" the car in practice on Friday and "drive it the way I want".

"I'm glad we got the car to work well in the evening session as it is very difficult to try out set-up changes in FP3 because it is so hot," he said.

"We definitely learned a lot from the runs we did today, especially in the evening, and there are plenty of things we can adjust overnight to find a good set-up for qualifying and the race.

"It's nice to be on top of the timesheets, but we now need to build on that, we need to try and make the right set-up changes and I also need to find more performance from myself.

"My goal for the weekend is to repeat last year's result, but there's still plenty of work to do."