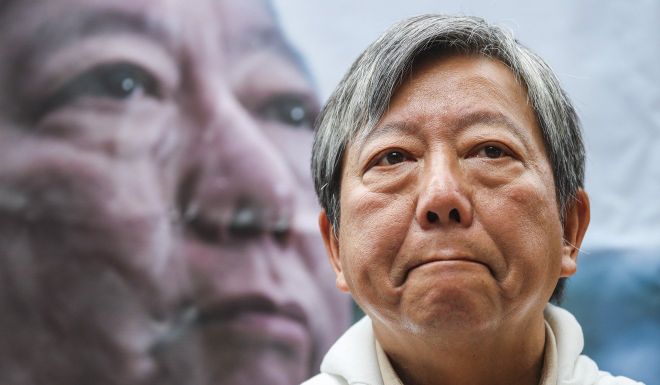 The two camps on either side of Hong Kong’s political divide have doubled their efforts for Sunday’s by-election compared to the last polls in March, say campaign members making their final heave to appeal to half a million voters in Kowloon West.

After the Legislative Council election in 2016, a total of six pro-democracy lawmakers were ousted for improper oath-taking. By-elections in March this year filled four of the seats, with two of the disqualified legislators – Leung Kwok-hung and Lau Siu-lai – deciding to appeal.

In the Kowloon West constituency, Vincent Cheng Wing-shun, of the Democratic Alliance for the Betterment and Progress of Hong Kong, beat the previously disqualified lawmaker Edward Yiu Chung-yim and became the first pro-Beijing candidate to defeat a pro-democracy opponent in an open by-election.

Mallet case has nothing to do with press freedom, by-election hopeful insists

Lau dropped her appeal in May, triggering the current by-election in Kowloon West; she has been barred from running after the returning officer said her previous call for self-determination in the city was in violation of the Basic Law, Hong Kong’s mini-constitution.

Labour Party veteran Lee Cheuk-yan is running as a backup candidate with the endorsement of the pro-democracy camp, while former reporter and political aide Chan Hoi-yan got the backing of the pro-establishment bloc.

“The pro-establishment camp is working even harder than last time around. The victory in March was a surprise but now we are afraid of losing under higher expectations,” a veteran pro-Beijing figure helping Chan’s campaign said. The politician, who spoke on condition of anonymity, conceded that some of the pressure was coming from the Beijing liaison office, which he said has hoped they nail down the victory and retain the pro-establishment camp’s domination of geographical constituencies in the Legislative Council.

“The dominance has a big symbolic significance,” he said.

There are 70 seats in the legislature, half of which represent geographical constituencies and the other half are elected by professional sectors.

After the oath-taking saga, the pro-democracy camp lost their dominance in the geographical constituencies, which allows them a veto of pro-establishment measures, for the first time since the handover in 1997. They failed to win that back in March.

Another pro-establishment district councillor revealed that they are canvassing twice as often. “In March, we were asked to run two morning and two night campaign booths a week. Now we’re doing four morning and four night booths,” he told the Post.

In addition to former officials campaigning for her in the streets, Chan’s team has pinned its hopes on the star effect of Chan’s former boss Dr Ko Wing-man to attract swaying voters.

Banners and placards of the former health minister supporting Chan were visible in many neighbourhoods across the constituency.

Meanwhile, the pro-democracy camp believed they had learned from its previous errors and delivered a clear message to supporters that Lee was in critical circumstances.

Yiu, who lost with 48.8 per cent of the votes in March, agreed that the campaign this time had struck a better balance between online and on-the-ground campaigns.

“They had rectified mistakes as I was criticised for focusing too much on online campaigns,” Yiu said, adding that there many more volunteers helping out, as the campaign could focus on Kowloon West rather than on three constituencies in March.

On Saturday, Lee called a rally in Mei Foo, a large private housing estate, alongside Occupy founders Benny Tai Yiu-ting and Chan Kin-man, and a dozen other activists currently facing various charges in the courts pertaining to the 2014 protest.

Yet Yiu believed that one of the key factors that will determine the final result is how Frederick Fung Kin-kee, a former ally of the pro-democracy camp, splits the vote from Lee.

Chinese University political scientist Ivan Choy Chi-keung believed voter turnout would be vital. The turnout in March was 44.3 per cent while the 2016 general election stood higher as 58.1 per cent. In 2016, the pro-democracy and localist candidates took 57 per cent of the vote.

“If the turnout reaches 50 per cent, the chances of Lee Cheuk-yan winning will be higher,” Choy said, referring to the traditional wisdom that the pro-establishment bloc had a rather stable and strong mobilising power.

IT worker Ng Dick-hay, and independent Judy Tzeng Li-wen, are also running for the seat.