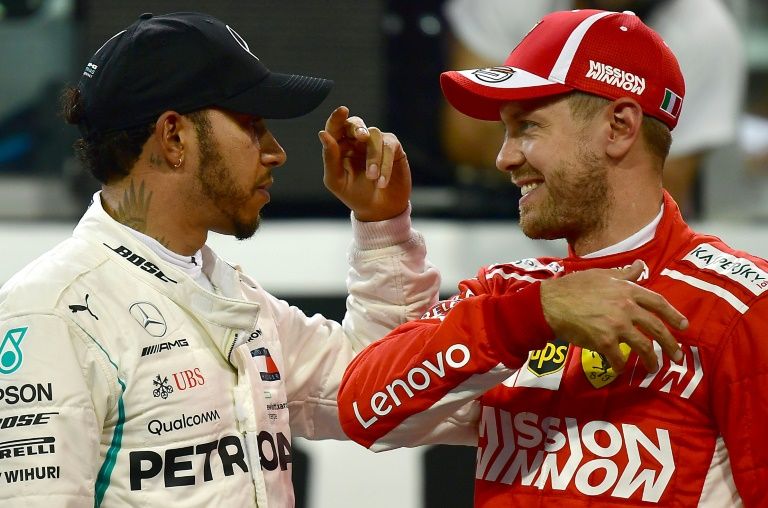 A sporting Sebastian Vettel took time out after qualifying third on Saturday for the season-ending Abu Dhabi Grand Prix to praise Lewis Hamilton for his performance on and off the track.

New five-time champion Hamilton smashed the lap record as he secured pole position for Sunday's race, his 11th pole of the season.

"In Q2, Lewis put in a great performance on those ultra-soft tyres and I thought it would be tough,” said Vettel who has been unable to win in his last seven outings.

“We improved in Q3, but we weren’t quite there.”

During Vettel's post-session televised interview, Mercedes' driver Hamilton walked over to speak to and shake hands with the German's Ferrari mechanics, a gesture that surprised his interviewer David Coulthard.

"I enjoyed it today and it didn’t go my way, but I’m looking forward to it, as the last race, and to give it everything I have.”

Vettel wound up third as Hamilton took pole ahead of his Mercedes team-mate Valtteri Bottas.

It was the fifth consecutive year that the Silver Arrows team had locked out the front row of the grid at the Yas Marina circuit, an unprecedented feat.

“Obviously things did not go my way – and Lewis enjoyed it a little more!”