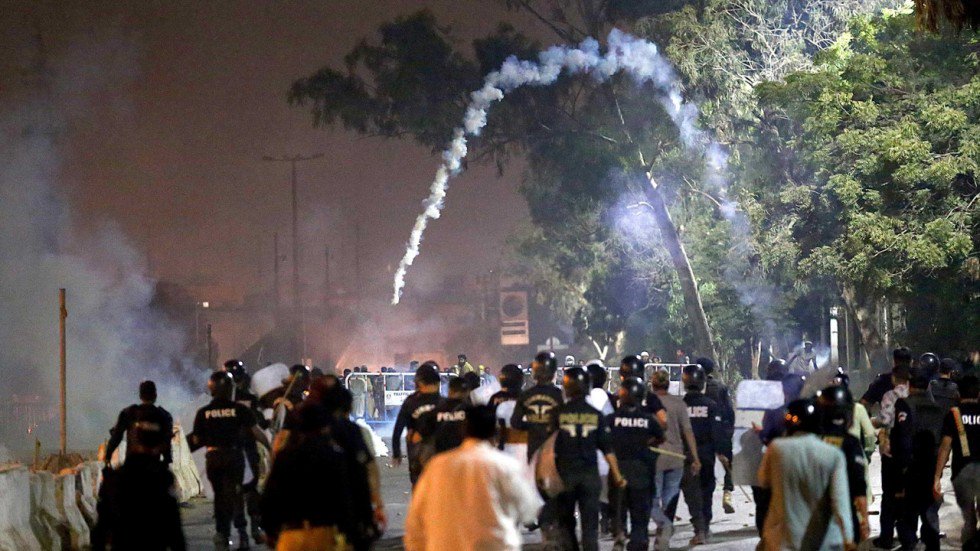 Pakistan authorities launched a crackdown on Saturday against hundreds of supporters of a hardline cleric whose party recently paralysed the country with violent protests over the acquittal of a Christian woman accused of blasphemy.

The arrests came ahead of a scheduled party rally on Sunday in Islamabad, but Punjab information minister Fayyaz ul Hassan Chohan said TLP supporters would be banned from gathering in the neighbouring province.

“We are detaining supporters of TLP across the province to avoid any backlash after the arrest of their leaders,” said Chohan.

“Police has been deployed in all major cities of the province to deal with any untoward incident. There is a complete ban on all type of political gatherings in the province.”

The country’s information minister Fawad Chaudhry said the detention of Rizvi “has to do nothing with (the) Asia Bibi case,” referring to a Christian woman who was on death row for eight years before the Supreme Court overturned her blasphemy conviction last month.

The court’s decision sparked furious demonstrations led by the hardline TLP, with protesters calling for Bibi’s execution as they blocked major roads, leaving large swathes of the country paralysed.

In response, the government made a deal with the Islamists to impose a travel ban on Bibi, who was released from jail earlier this month as she awaits the outcome of a final review of her case.

The TLP has vowed to return to the streets if she is allowed to leave the country.

Early on Saturday clashes took place in the southern city of Karachi between Pakistani paramilitary forces and protesters over the arrest of Rizvi.

“Khadim Hussain Rizvi has been taken into protective custody by police and shifted to a guest house,” tweeted Chaudhry.

“It’s to safeguard public life, property and order … Law shall take its course and it cannot be left to individuals,” he added.

A notification issued by the Punjab government said the cleric will be detained for 30 days. The notification said there was “credible” information that the cleric would create a law and order situation.

In a video message released on Friday, another TLP leader Pir Afzal Qadri called for fresh protests, saying police had arrested dozens of party workers in the port city of Karachi as well as Lahore.

Blasphemy is a massively inflammatory issue in Muslim-majority Pakistan, where even unproven allegations of insulting Islam and Prophet Mohammed can lead to lynchings and murders.

Bibi’s conviction stemmed from a 2009 incident when she was asked to fetch water while out working in the fields.

Muslim women labourers objected to her touching the water bowl as a non-Muslim, and a fight reportedly erupted.

A local imam then claimed Bibi insulted the Prophet Mohammed.