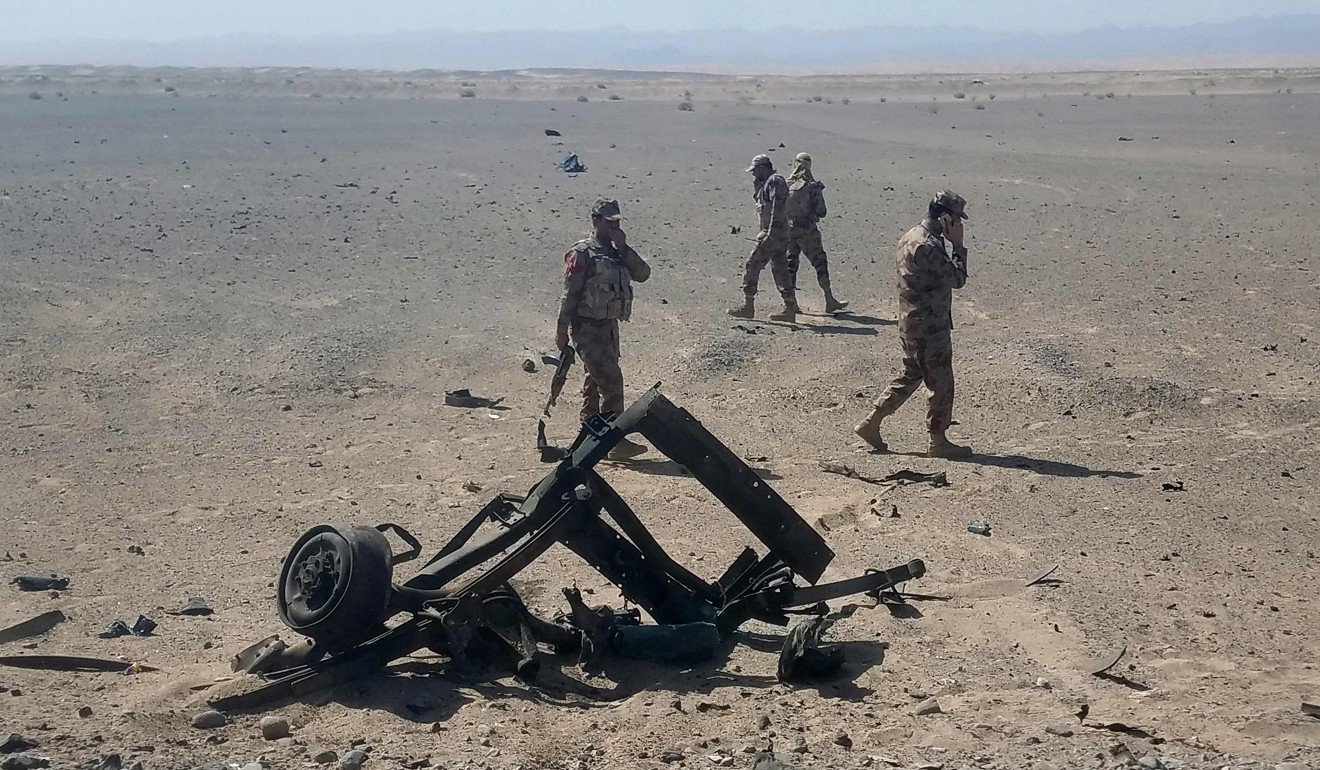 Why are separatist militants violently targeting Chinese in Pakistan?

Download now to watch ad-free drama
Need someone to clean your house? Let us help!

Separatist militants who oppose Chinese investment in western Pakistan have claimed responsibility for the attack on the Chinese consulate in Karachi on Friday. At least four people were killed when three gunman belonging to the Balochistan Liberation Army (BLA) tried to enter the consulate at about 9.30am local time. No consulate staff were harmed in the attack, and all three militants were shot dead by police.

BLA is one of a number of militant groups formed in the mid 1970s among the Baloch people, an ethnic group found in parts of Pakistan, Iran, and Afghanistan. Its leadership and areas of influence have evolved with the passage of time. Most analysts insist that the BLA is currently led by Harbiyar Marri, son of the late Khair Bakhsh Marri.

In Maldives, India’s Modi sees the glint of a Chinese pearl

Harbiyar, who lives in London, has denied leading the group. Other prominent Baloch militant groups include the Balochistan Liberation Front (BLF), led by Allah Nazar, and the Baloch Republican Army (BRA), led by Brahumdagh Bugti, the grandson of Akbar Bugti, who was killed during a military operation in 2006.

The exact numerical strength of the BLA is not known. Most analysts agree that the group comprises several hundred members who operate in the province of Balochistan as well as neighbouring Afghanistan. Until now, the group’s biggest targets have been the Pakistani military and workers hailing from other provinces, mostly Punjabis. Pakistani authorities have routinely blamed India for supporting the BLA and other Baloch militant groups, which New Delhi has denied. On Saturday, Zhao Lijian, Deputy Chief of Mission of the Chinese embassy in Islamabad, accused an Indian journalist, Aditya Raj Kaul, of “glorifying terrorists” after he posted a video of the alleged gunmen on Twitter. Kaul hit back on Twitter, saying the diplomat needed “urgent psychiatric treatment” and his country did not understand the meaning of a free press.

While the BLA and other militant groups do pose a security threat, they are not seen to have the wherewithal to defeat the Pakistani military or run over the province. Nevertheless, they remain a serious impediment to the development of the China – Pakistan Economic Corridor (CPEC), the crown jewel of Beijing’s Belt and Road Initiative in Pakistan. The CPEC is supposed to run through Balochistan to end in the deep seaport of Gawadar, providing the shortest land and sea route between China and the Persian Gulf.

The BLA last struck on August 11 in an attack on a bus carrying Chinese engineers in Dalbandin, about 340 southwest of the provincial capital Quetta. Despite the Pakistani military maintaining control of the province, militants are able to take advantage of the mountainous terrain and porous border with Afghanistan and Iran to launch guerilla attacks on their targets.

Along with Baloch separatists, extreme nationalists in the Sindh province share a similar anti-Chinese agenda but enjoy little support in the province.