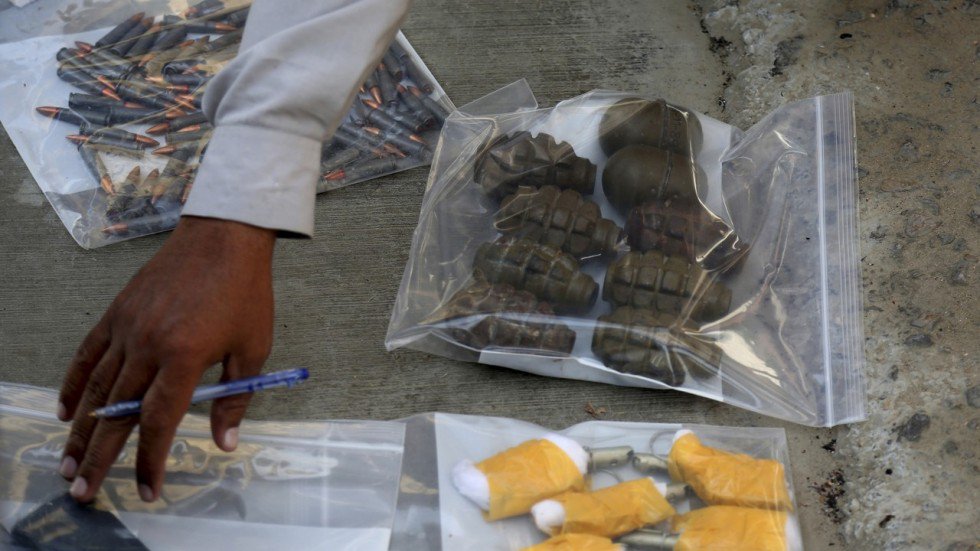 Pakistan points to India after attack on Chinese consulate in Karachi

The suicide bomber that targeted the Chinese consulate in Karachi used a foreign-made C4 plastic explosive, said Pakistani police, who suggested that the attack was orchestrated in India.

Counterterrorism officer Umar Khitab said that authorities were investigating whether Baluch separatist commander Aslam Achhu, who they believe masterminded the attack, was in India.

The Baluch Liberation Army claimed the attack, and Khitab said the group is backed by “the enemy country”, a reference to India.

There was no immediate comment from India’s External Affairs Ministry about the C4 plastic explosive claims.

However in an earlier statement, India denied helping the Baluchistan insurgents and was quick to condemn the violence.

“The perpetrators of this heinous attack should be brought to justice expeditiously,” India’s foreign ministry said.

Policewoman who defended Chinese consulate in Karachi commended for her courage

Pakistani Prime Minister Imran Khan called it “part of conspiracy” against Pakistani and Chinese economic and strategic cooperation and ordered an inquiry, his office said.

Pakistan has long accused its old rival, India, of supporting the nationalist insurgents in Baluchistan, while India accused Pakistan of nurturing Islamist militants throughout the region.

A spokesman for the BLA confirmed there were three attackers.

China has funded development of a deep water port at Gwadar in south Baluchistan, and is also investing in other projects on a China Pakistan Economic Corridor.

Baluchistan, which is on the borders of Afghanistan and Iran, has rich mineral and natural gas reserves but is Pakistan’s poorest province.

Why are separatist militants violently targeting Chinese in Pakistan?

Separatists have for decades campaigned against what they see as the unfair exploitation of resources, in particular natural gas and minerals.

The Chinese government’s top diplomat, Wang Yi, said he was “shocked” by the attack and urged Pakistan to prevent any more such incidents.