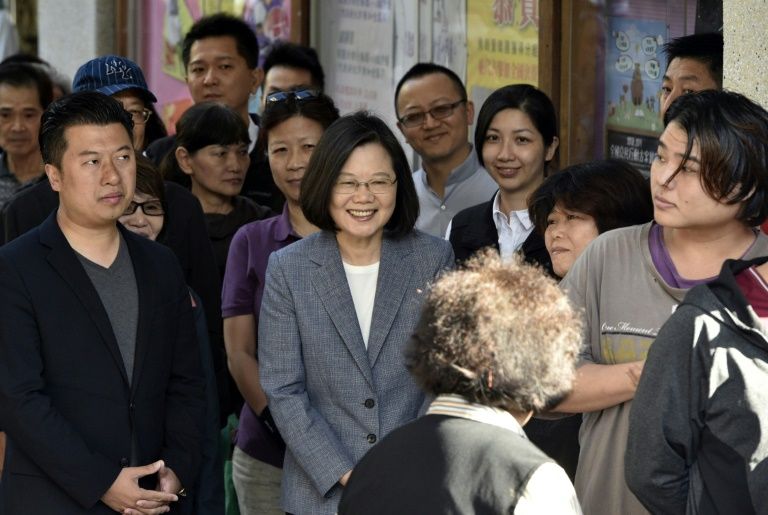 LGBT activists in Taiwan fear their newly won right to marriage equality is under threat, while the president is battling for her political future after a wide-ranging vote that saw the island swing towards conservatism.

The referendums ran alongside local elections in which the ruling Democratic Progressive Party (DPP) suffered a massive loss in city and county seats, prompting President Tsai Ing-wen to resign as party leader and sparking questions over whether she will be able to run for re-election in 2020.

The Beijing-friendly main opposition Kuomintang (KMT) made gains in the face of China's increasing pressure on the island, which it sees as part of its territory to be reunified.

Tsai has promoted Taiwan as a beacon of democracy in the region since she took office, pitching it as a counterpoint to China's authoritarianism.

Rights activists worldwide also lauded Taiwan after its top court voted to legalise gay marriage last year, the first place in Asia to do so, with the change due to be implemented next year.

"Taiwan is a conservative society and not quite ready for the progressive label it's been given in some quarters," said Jonathan Sullivan, director of the China Policy Institute at Nottingham University.

Pro-gay marriage campaigners say they fear the new laws will now be weakened as the government faces conservative opposition.

"The Taiwanese government needs to step up and take all necessary measures to deliver equality and dignity for all, regardless of who people love," said Amnesty, urging authorities not to use the referendum as an "excuse" to undermine rights.

Observers said the DPP's shock defeat in local polls was an indictment of policies they felt had not helped ordinary people.

Although GDP is rising in Taiwan, voters say they are not seeing the benefits and many have been incensed by cuts to pensions and public holidays.

Some traditional DPP supporters had said ahead of the elections that they would punish the party as they felt tensions with China were damaging their businesses.

The DPP leans towards independence and Beijing has upped military and diplomatic pressure since Tsai took office, unilaterally cutting all official relations.

Tsai and the DPP repeatedly accused China of a "fake news" campaign ahead of the vote, which Beijing denied, and authorities are probing Chinese influence through campaign funding of candidates.

"This is not a wholehearted endorsement of anyone else -- just a sign of how much like other countries Taiwan now is -- divided, very frustrated and looking for chances to protest," he told AFP.

Observers agreed Tsai's re-election prospects had been severely weakened although some said she still had a chance to run, in the absence of an obvious successor.

Tsai had described the vote as a chance for Taiwan to stand up to China, while the KMT pitched it as a no-confidence test.

Analysts said that Taiwan's sense of separateness from China was ingrained, but that voters wanted a cross-strait relationship that did not damage the island economically, a balance that successive governments have found difficult to strike.

"They want to see their purchasing power increase and their government to show more competence."