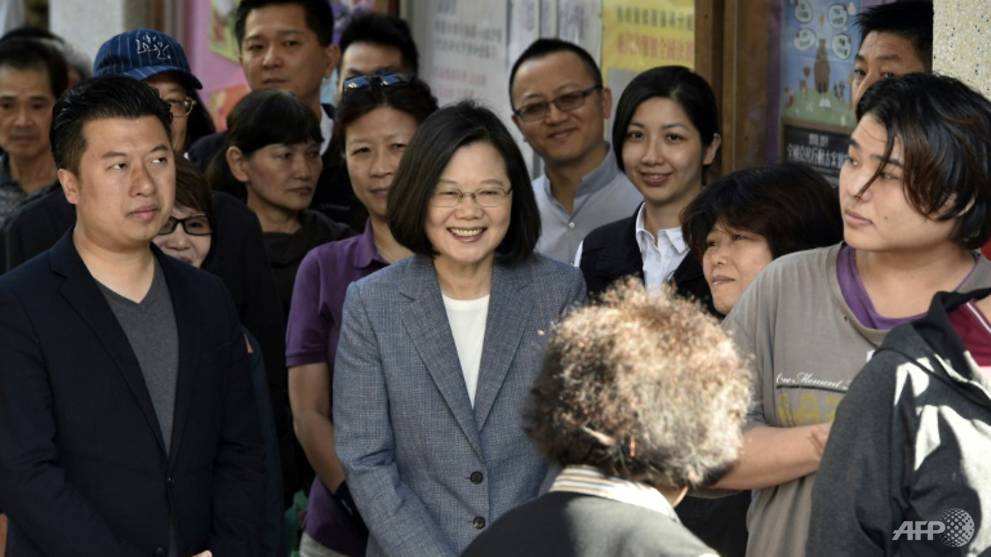 BEIJING: Chinese state-run media on Monday (Nov 26) blamed the electoral defeat of Taiwanese President Tsai Ing-wen's party on her "separatist stance", saying it must make an "about-face" on ties with the mainland.

Tsai resigned as head of the ruling Democratic Progressive Party (DPP) after it was dealt a massive loss in city and county seats during Saturday's wide-ranging vote in self-ruled and democratic Taiwan.

The main opposition Kuomintang (KMT), which oversaw an unprecedented thaw with Beijing before Tsai took office in 2016, made gains in the face of China's increasing pressure on the island, which it considers as part of its territory to be reunified.

The state-run China Daily said Taiwan's people are unhappy the government has not pulled the island out of quasi-economic stagnation and that its policies "have ignored the interests of many groups".

"The Tsai administration's secessionist stance has not only soured its crucial relations with the Chinese mainland, but also made it unpopular with people on both sides of the straits," the daily said in an editorial.

"The election shows that the Tsai administration has betrayed Taiwan's interests and become a troublemaker whose actions have drifted farther away from the practical needs of the Taiwan people and the historical truth of the consensus there is only one China."

Cross-Strait communication and cooperation between local governments are now expected to strengthen following the election, it added.

The DPP is traditionally pro-independence and Tsai has refused to acknowledge Beijing's stance that Taiwan is part of "one China", unlike her KMT predecessor Ma Ying-jeou.

Beijing has sought to punish Tsai and the DPP by ramping up military drills, poaching allies and successfully persuading international businesses, including airlines, to list the island as part of China on their websites.

"Radical thinking and paranoia that permeates the green camp have misguided the DPP," the nationalistic Global Times said in an editorial.

"The party needs to reflect on this failure and make an about-face on its stance ... (on) cross-strait ties."