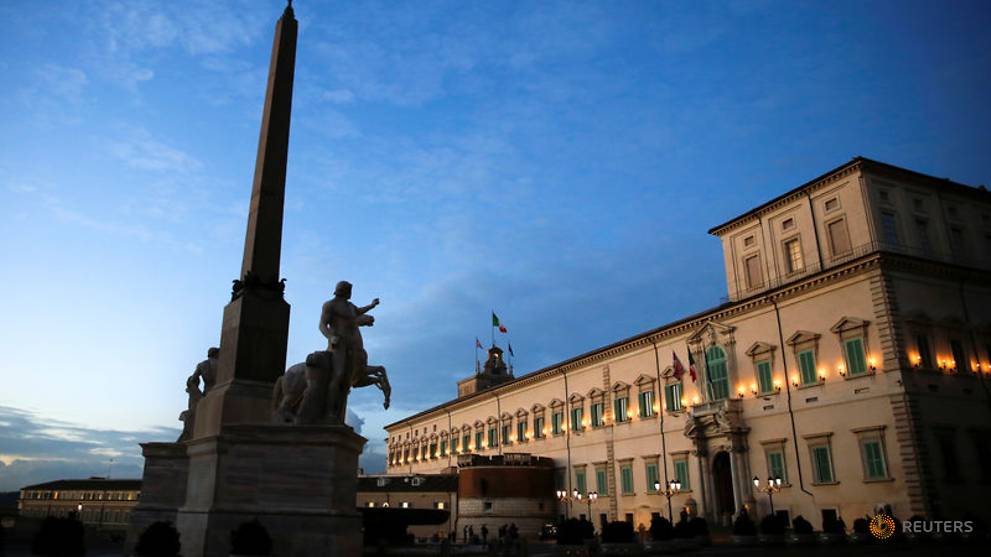 Italy's government will meet on Monday evening to discuss a potential reduction of its deficit goal, a government source said, in a move that could open negotiations between Rome and Brussels to avoid a disciplinary procedure against Italy.

FILE PHOTO: The Italian flag waves over the Quirinal Palace in Rome, Italy May 30, 2018. REUTERS/Tony Gentile

ROME: Italy's governing coalition is discussing reducing next year's budget target to 2.0-2.1 percent of gross domestic product from the current target of 2.4 percent to avoid a disciplinary procedure from Brussels, a government source said on Monday.

Rome risks being put under a disciplinary procedure by European partners after it presented an expansionary 2019 budget, revising up fiscal targets compared with goals agreed by the previous government.