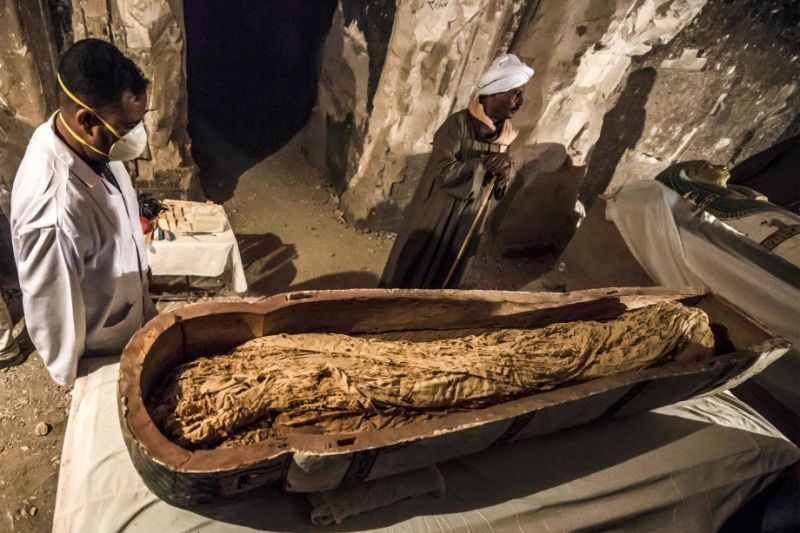 Egyptian authorities opened an intact sarcophagus on Saturday and revealed a well-preserved mummy of a woman believed to be more than 3,000 years old, according to news reports.

The sarcophagus was one of two found earlier this month by a French-led team in the northern area of Al-Assasif, on the western bank of the Nile, Reuters reported. The first coffin was opened earlier and examined by Egyptian antiquities officials.

“One sarcophagus was rishi-style, which dates back to the 17th dynasty, while the other sarcophagus was from the 18th dynasty,” Minister of Antiquities Khaled Al Anani said, according to Reuters. “The two tombs were present with their mummies inside.”

The sarcophagus discovered by a French mission at Al-Assasif necropolis on the west bank of the Nile north of the southern Egyptian city of Luxor. (KHALED DESOUKI via Getty Images)

This is believed to be the first time that authorities have opened a previously unopened sarcophagus in front of the international media, The Mirror said.

The tomb also contained five colored masks and about 1,000 miniature statues of servants, intended to serve the dead in the afterlife, The Independent said.

The 18th Dynasty dates back to the 13th century BC, a period noted for such pharaohs as Tutankhamen and Ramses II.

The tomb, which also contains mummies, skeletons and skulls, dates to the middle-kingdom almost 4,000 years ago, but was reused during the late period.