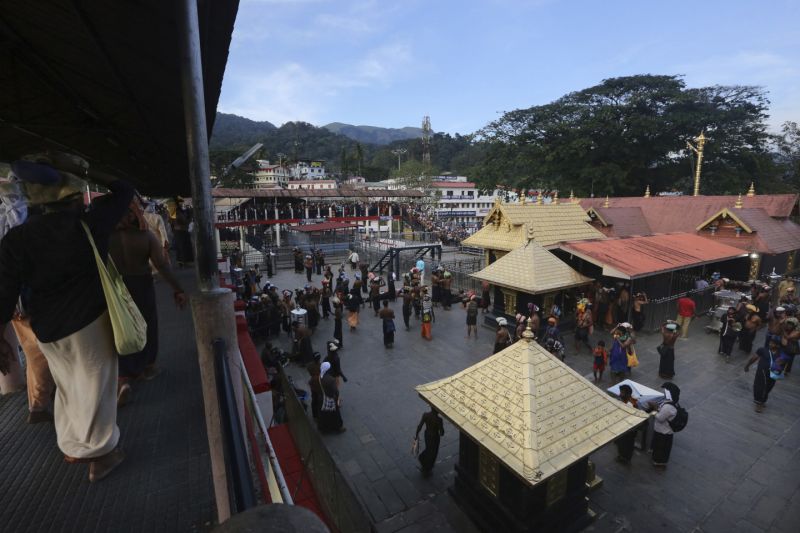 Huffpost her stories: little mix gets candid about its feminist new album

“HuffPost Her Stories” is a new series highlighting HuffPost’s coverage of women’s lives from across our 15 global editions. Sign up for the weekly newsletter here.

In September, India’s Supreme Court lifted a ban on women of “menstruating age” entering one of Hinduism’s holiest shrines. It was a groundbreaking but deeply controversial decision, and still no woman has entered the shrine to Lord Ayyappa in the southern state of Kerala. Violent protesters blocked the first women who attempted the steep trek to the hillside Sabarimala temple complex. The threats followed the women back home, where some even encountered violence, HuffPost India reported.

Incredibly, none of this has deterred hundreds of other women from registering to visit the holy site during the ongoing pilgrimage season. HuffPost India’s Chithira Vijayakumar spoke with three of them — a young developer, a housewife and school teacher — about their decisions to embark on the risky journey.

“These interviews, and subsequent interactions I’ve had with other women who plan to climb, challenge two of the dominant narratives that exist vis-à-vis the Sabarimala issue,” Chithira explained. “The first is the straw feminist argument that the women who want to make the climb are only doing it to ‘prove a point.’ ... The second one is that this is a plan masterminded by the Left, to destroy the sanctity of Sabarimala, and part of a larger ploy to attack and weaken Hindu faith.”

The framing of the conflict as one between true devotees and godless feminist activists, Chithira said, is “demonstrably false.”

“For one, the original case for the entry of women was filed as a public interest litigation by a few members of the Indian Young Lawyers Association, and not a feminist organization,” she said. “Secondly, the women who are observing the fast to visit the forest shrine seem to be motivated by a genuine curiosity about the effects of pilgrimage, as well as an abiding sense of faith.“

Chithira’s piece is an engrossing read about faith and courage in the face of intimidation, as well as the complex views the devout have about women and tradition.

For more on Sabarimala, follow @HuffPostIndia as India’s Supreme Court prepares to hear 49 review petitions it has received challenging its verdict.

The biggest female pop group in the U.K. has used its platform to send empowering messages to its young female fan base for years. But the band’s latest album, “LM5,” goes further, addressing everything from sexism and slut-shaming to body positivity and feminism — a word the members told HuffPost U.K. they were initially afraid to use. “Isn’t that crazy, that you feel like you can’t stand up for what you believe in because you’re afraid you’re going to piss someone off or that it could affect your career?” Jesy said. Now, with seven years of commercial success and experience behind them, the women say they are feeling more “ballsy” than ever and secure enough to handle the criticism that comes with being in an unapologetically feminist girl group.

Claire Fallon of HuffPost U.S. wrote a powerful essay this week in which she reflected on the lessons she learned at a Catholic school in the early aughts, including that a girl’s virginity seemed to be valued more than herlife. She writes about her school’s chastity club named for St. Maria Goretti, an 11-year-old girl murdered in 1902 while defending herself from a would-be rapist. “There is, in truth, no shortage of girls and women who have been murdered by sexually predatory men,” Fallon writes. “What set Maria Goretti apart was that she had successfully defended her hymen with her life. She became a patron saint of rape victims, who, ironically, was never a victim of rape.” The essay is a compelling exploration of the values and messages Catholic doctrine sends to women and girls through the stories it tells and people it elevates.

In case you missed it…

Why Women Say The U.K. Needs A Cyberflashing Law

The Reality Of Life On The IVF Waiting List: ‘I Feel At A Constant Standstill’