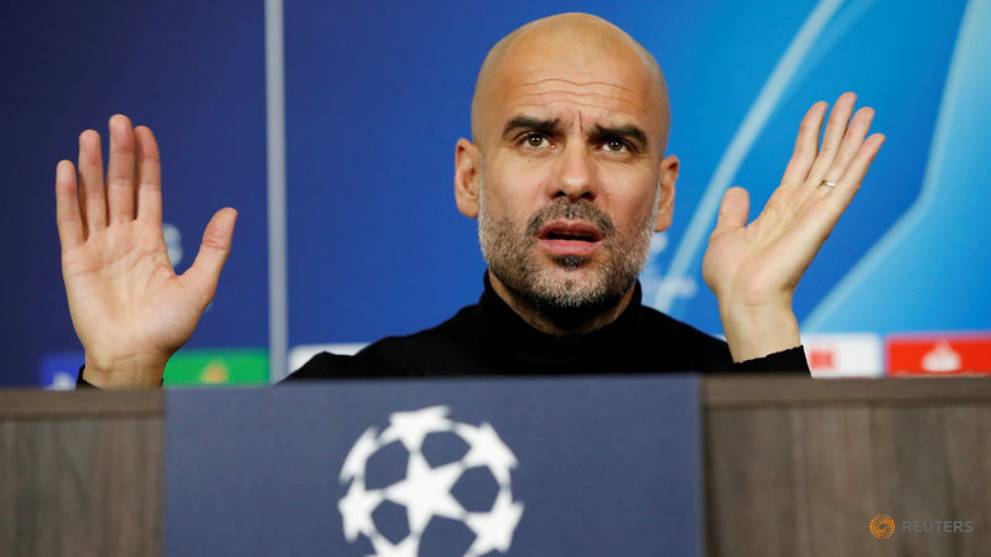 Manchester City will be without the injured Bernardo Silva, Gabriel Jesus and Ilkay Guendogan for their Champions League Group F visit to Olympique Lyonnais on Tuesday.

LYON, France: Manchester City will be without the injured Bernardo Silva, Gabriel Jesus and Ilkay Guendogan for their Champions League Group F visit to Olympique Lyonnais on Tuesday.

The trio were all missing from the 19-man squad which made the trip to France and manager Pep Guardiola told a pre-match news conference they did not travel due to fitness issues.

“I prefer to have all the squad to choose (from) but it is what it is. We have to adapt with the guys that are here and will try to do a good job and the others who aren’t here will do their best to recover.”

Group leaders City, who lost 2-1 at home to Lyon in their opening game, will qualify for the last 16 with a draw and will clinch top spot with a win at the Stade de Lyon.

Lyon will be through with a win and a draw will be enough to qualify if the other game is also drawn due to their better head-to-head record with Hoffenheim, who host Shakhtar Donetsk.

City lead the group on nine points ahead of Lyon on six with Hoffenheim on three and Shakhtar with two.

City are already without long-term injury absentees Kevin De Bruyne and Benjamin Mendy, who both have knee problems, but Guardiola said teenager Phil Foden was ready to feature.

“When he appeared in the last pre-season I was so impressed. He is now stronger and able to play with us without a doubt," said Guardiola, whose team are also top of the Premier League.

"He plays so aggressively with the ball and without, he is so intense. Every time he plays, he is so good. That’s why he is ready," he added of the England Under-21 international.