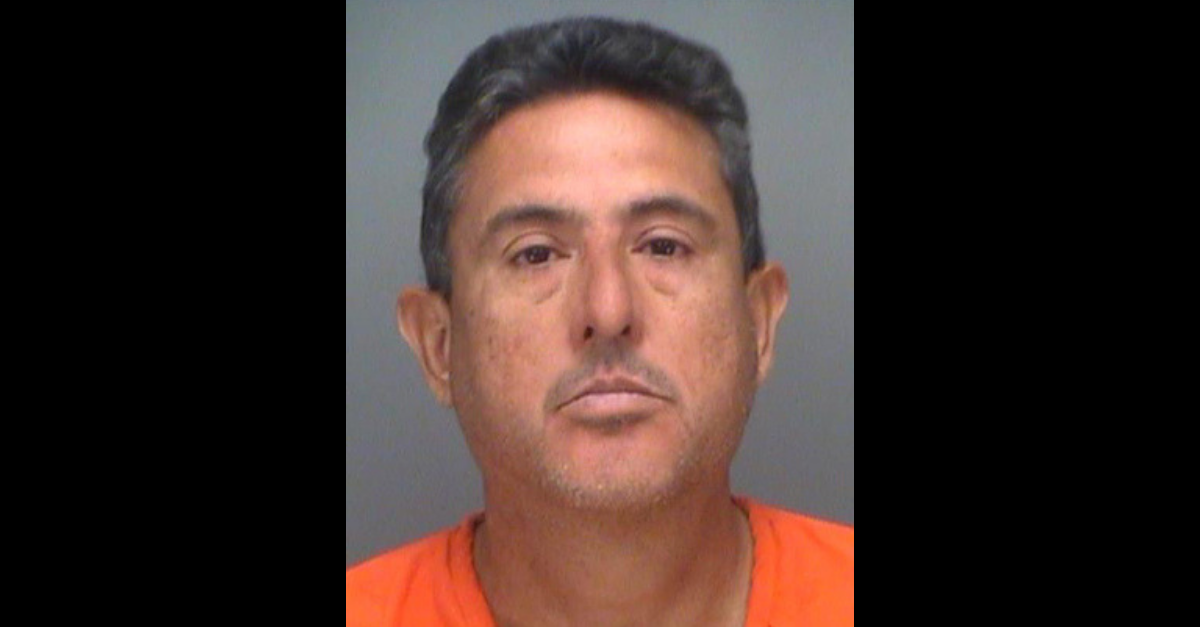 Download now to watch ad-free drama
Need someone to clean your house? Let us help!

Ricardo Portillo-Gonzalez, 50, of the Tampa Bay suburb Port Richey, was pulled over Sunday afternoon by a Pinellas County Sheriff’s Officer for being a miracle, basically. A terrible, terrible miracle. Like the dinosaurs in Jurrasic Park or a virus that becomes immune to all medication. Gonzalez was stopped by officers under what turned out to be the extremely accurate suspicion of driving under the influence.

When officers breathalyzed Gonzalez’s somehow living body his BAC came back at a whopping 0.66. That’s roughly 8 times the legal limit, which is 0.08. When police breathalyzed him again at the station, assuming the first reading had to be wrong because they hadn’t pulled over an anthropomorphic bottle of tequila, Gonzalez blew a 0.64.

Most people would be dead at around 0.40, though according to an online BAC calculator from FENCL Web Design, “in rare cases a very heavy long time drinker may be able to more than double that number.”

Gonzalez was pulled over after careening across the road, hitting two guardrails, and nearly hitting other cars, according to The Smoking Gun. Again, that he was even able to sit upright is insanity. He should have been passed out. Forever. He was “butt chugged his way into the grave” levels of drunk. He was drunker than an Irish exchange student pledging a fraternity. His insides should’ve dissolved.

Gonzalez was released the next morning after posting a $500 bond and sobering up, which doesn’t make sense if only because there is no way he was sober by just the next morning. The guy had to have a hangover that would make a Russian weep. The only way you’re getting over that is by eating a pound of beef and filling a bathtub with Smart Water.

Watch: Sip Your Way to Wellness: The 7 Health Benefits of Beer