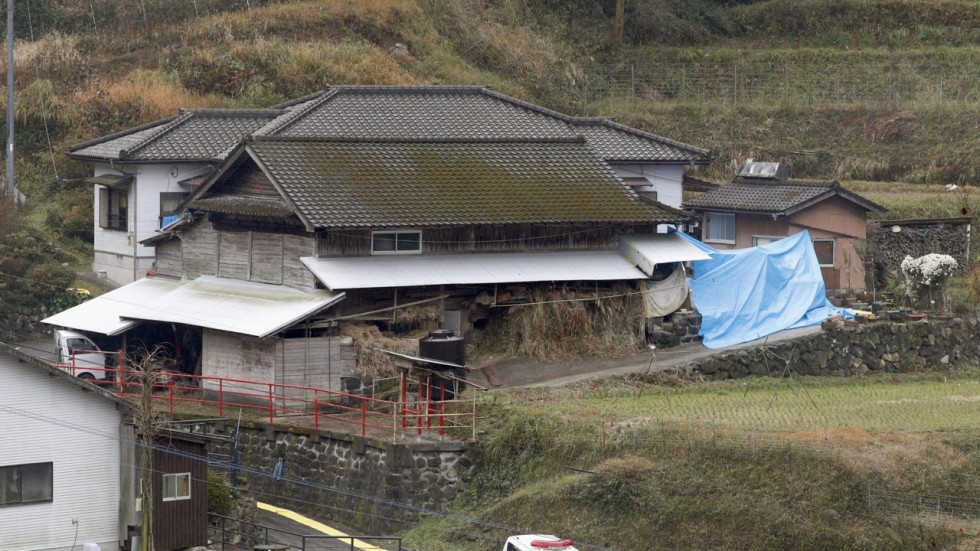 Residents of a remote village in south-western Japan are coming to terms with a gruesome mass murder after six people, including five members of the same family, were found dead inside a farmhouse.

Police said they later discovered the body of a seventh person who had jumped or fallen from a nearby bridge into a river in Takachiho, Miyazaki prefecture, a mountain village of 12,000 people and a popular tourist destination.

Investigators discovered the body of a woman outside the house and the bodies of five other people, including a young girl, inside, on Monday. Media reports said some of the victims appeared to have been stabbed.

Police named three of them as Mihoko Iihoshi, the 66-year-old wife of the house’s owner, 72-year-old farmer Yasuo Iihoshi, their seven-year-old granddaughter Yui and a male acquaintance, 44-year-old Fumiaki Matsuoka.

The bodies of the remaining three victims – two men and a woman – were yet to be publicly identified.

Police went to the house after a relative told them his calls to the family had gone unanswered, according to Kyodo news.

The seventh body, whom police believe could be that of Yasuo Iihoshi’s son, was found in a river about three kilometres away. It appeared he had driven to the bridge in the family car.

The area is near Takachiho valley, a popular tourist destination known for its scenic gorge and connections to Japan’s indigenous religion Shinto.

The discovery sparked fear among residents, with local officials urging people to exercise caution and collect their children from school, Kyodo said.

Mass killings are a rarity in Japan, which is considered one of the safest countries in the world, thanks in part to its strict gun laws.

However, killings carried out with knives occasionally make headlines.

In 2001 a man with a history of mental illness forced his way into a primary school in Osaka and fatally stabbed eight children aged between six and eight. In 2008 seven people were killed when a man slammed a truck into a crowd on a busy shopping street in central Tokyo and then launched a frenzied knife attack. In July 2016 Satoshi Uematsu, who claimed he wanted to make people with disabilities “disappear”, killed 19 people and injured 27 others in a knife attack at a care facility in Sagamihara, south of Tokyo.