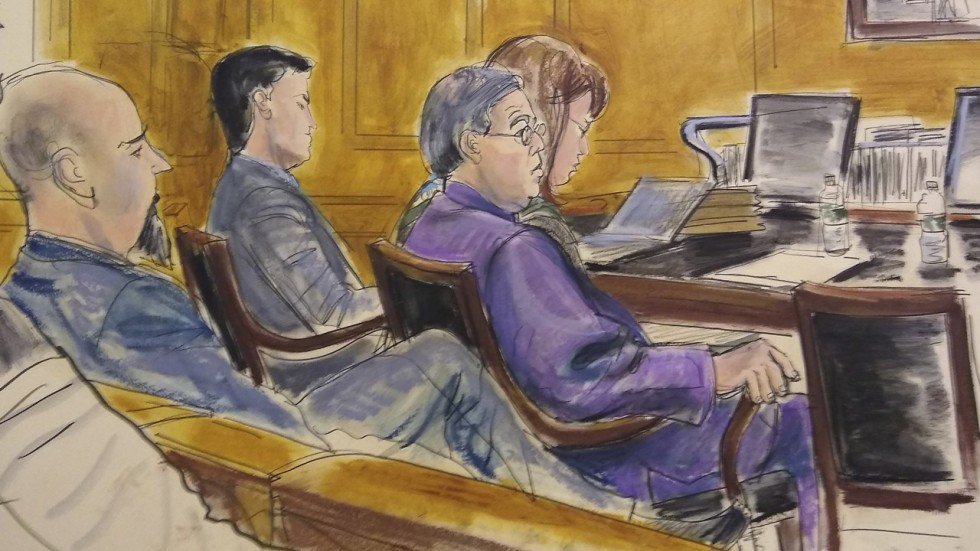 Ex-Hong Kong minister Patrick Ho’s US$2.9 million corruption trial opens, as defence calls it a ‘bribery case with no bribes’

This is a bribery case with no bribes, a lawyer for former Hong Kong minister Patrick Ho Chi-ping told the court as his US$2.9 million corruption trial opened in New York on Monday.

In addition to arguing that the sums Ho had given to various African officials on behalf of a Chinese energy giant were donations rather than bribes, the defence said that key prosecution witness Cheikh Gadio was testifying against Ho because he planned to run for president in Senegal.

The trial began on Monday after US District Judge Loretta Preska together with the prosecutor and defence teams went through a four-hour jury selection procedure. Twelve primary jurors and three substitutes – 11 women and four men – were selected for the trial, which is expected to last two weeks.

Ho, who was Hong Kong’s affairs minister from 2002 to 2007, was arrested in the US and has been behind bars since last November, having sought and been denied bail five times.

He earlier pleaded not guilty to eight charges: three for money laundering and five for violating the Foreign Corrupt Practices Act. The prosecution will have to secure unanimous verdict from the jury for each charge.

“This case is about corruption, money laundering and bribery,” prosecutor Paul Hayden said in the opening paragraph of his statement. “Bribes often paid by the defendant, that man – Patrick Ho,” he said pointing at the defendant, who sat still throughout.

Hayden went on to present the details of two schemes allegedly conducted by Ho, 69, involving a total of US$2.9 million to secure exclusive oil rights in Africa for CEFC China Energy, a Shanghai-based private conglomerate. At the time, Ho was working for the China Energy Fund Committee, a Hong Kong research group that received funding from CEFC.

One scheme involved bribing the president of Chad, Idriss Deby, via a US$2 million “donation” facilitated by Gadio – who is expected to testify in the following weeks – and his son. The other scheme involved high-profile Ugandan official Sam Kutesa.

The prosecutor said Ho used foreign ministers to open the doors for business opportunities for CEFC, which wanted, in addition to oil rights, to acquire a foreign bank.

Defence lawyer Benjamin Rosenberg, however, told the jurors that the payments made to the African officials in both cases were donations and contributions.

“The payments were not bribes, they were payments, but not bribes,” Rosenberg said in his opening statement. “This is a bribery case, but with no bribes.”

“It was Dr Ho’s job to look for business opportunities for CEFC Energy. His job was to network, and for that reason, he met people from other countries,” he said.

Patrick Ho denied bail a fifth time ahead of US$2.9 million bribery trial

The defence’s main argument was that the CEFC, represented by Ho, had not received anything in return after making the donations, and no complaints had been made.

“Dr Ho and his colleagues asked for nothing and received nothing,” he said.

Rosenberg also said that ex-Senegal official Gadio, formerly a co-defendant in the case, was testifying against his client because he planned to run for president.

During the one-year investigation, prosecutors provided a wide range of evidence showing Ho’s links to different schemes involving UN officials as well as gun deals. Those links will be mentioned during the trial but may not be used against him in this case.

Patrick Ho accused of being illegal arms dealer by US prosecutors

Ho, who is also known for being the middleman in cutting deals for Chinese companies and helping to facilitate China’s ambitious “Belt and Road Initiative”, a global trade program, had smiled as he entered the courtroom.

He was allowed to wear his own clothes instead of prison uniform for the hearing, but as he had lost weight over the past months, the purple shirt he was wearing appeared oversized.

Ho observed the jury selection process closely, watching attentively as people entered and left the courtroom. He also turned to study those seated in the gallery, especially the members of the Chinese press.