This story is published in a content partnership with POLITICO. It was originally reported by Nancy Cook on politico.com on November 26, 2018.

US President Donald Trump is about to lose one of his most trusted staffers: Jordan Karem, his body man.

Karem is slated to leave the White House in January to eventually return to the private sector, according to a White House official.

As the director of Oval Office operations and deputy assistant to the president, Karem is one of Trump’s longest serving aides, having joined the campaign in early July 2015.

In his capacity as Trump’s body man, Karem travels with the president, greets him in the morning and walks him to his residence at night – giving him some of the greatest proximity to the president as the rare staffer who straddles both Trump’s personal and professional lives.

He’s the one at the ready with newspapers, briefing books and sharpie pens for Trump’s unusual signature, familiar with the preferences and whims of the commander in chief – so much so that in some photos he even emulates the president’s style of slicked back hair, white shirt and long red tie.

“Jordan Karem is a great guy who I have gotten to know well over the last several years,” Trump said in a statement.

“He was with me from the beginning and I appreciate his loyalty and his commitment to my administration. He did an excellent job working with me and my team. I know he will do many great things in the future.”

Body men have played an outsized role in this administration, serving as some of the president’s most loyal aides and weighing in on personnel, policy and the president’s daily life.

Karem has played an equally large role in the Trump orbit, accompanying the president to campaign-style rallies, international trips and weekends at Trump’s Bedminster and Mar-a-Lago resorts.

Inside the White House, he is viewed as incredibly loyal and protective of the president – one of the few campaign originals still in the administration.

After joining the Trump campaign in 2015, Karem eventually worked as then-Governor Mike Pence’s press director once Trump named Pence as his running mate.

In March 2018, Karem became Trump’s body man with the official title of deputy assistant to the president and director of Oval Office operations.

In February 2018, he married a fellow Trump administration staffer, Bianca Ktenas, who now serves as a special assistant in the public affairs office at the Energy Department.

For months, Karem has told people that he intended to leave the administration between the midterm elections and the new year because he and his wife would like to start a family. His tentative plan is to return to the private sector.

Daniel Lippman contributed to this report. 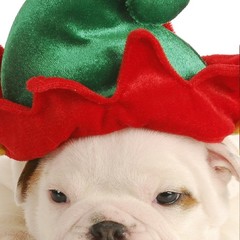 u lucky run if not wait Arab style