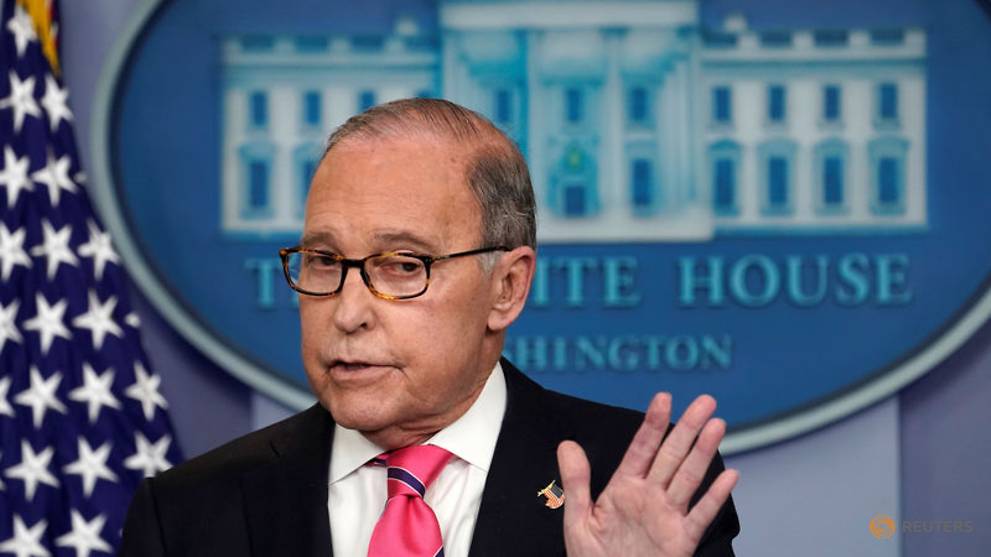 U.S. President Donald Trump is open to a trade deal with China but is prepared to hike tariffs on Chinese imports if there is no breakthrough on longstanding trade irritants during a Saturday night dinner with Chinese leader Xi Jinping, White House economic adviser Larry Kudlow said on Tuesday.

WASHINGTON: U.S. President Donald Trump is open to a trade deal with China but is prepared to hike tariffs on Chinese imports if there is no breakthrough on longstanding trade irritants during a Saturday night dinner with Chinese leader Xi Jinping, White House economic adviser Larry Kudlow said on Tuesday.

Days before the dinner, it was unclear whether the two sides had agreed on a formal agenda for the leaders' meeting after the G20 summit in Buenos Aires. Kudlow said there were no scheduled talks on the ground for their advisers.

Kudlow, in remarks at a White House briefing, said Trump told advisers that "in his view, there is a good possibility that a deal can be made, and that he is open to that."

The White House sees the dinner, which Kudlow hinted would involve Argentine beef, as an opportunity to "turn the page" on a trade war with China. But he said the White House has been disappointed so far in the Chinese response to trade issues.

"Their responses have disappointed because ... we can't find much change in their approach," he said, declining to comment on specifics.

"President Xi has an opportunity to change the tone and the substance of these talks," Kudlow told reporters at the White House. "President Trump has indicated he is open - now we need to know if President Xi is open."

"As we've all learned, he means what he says," Kudlow said.

Kudlow listed as top U.S. issues intellectual property theft, forced technology transfer, ownership of American companies in China, high tariffs and non-tariff barriers on commodities, and commercial hacking. He declined to comment on whether China had made offers of concessions.

Asked whether the two sides had agreed on a list of agenda items for the leaders to discuss, Kudlow said: "We're in some significant preparation on all that."

Also unclear was whether the leaders would agree to a joint statement at the end of their dinner, as is typical for a meeting between two world leaders.

"I'm not so sure about a statement at the end," Kudlow said.

"It's a dinner party-kind-of-thing," he said.

Trump is also slated to take part in a signing ceremony for the trade agreement with Mexico and Canada that replaces the North American Free Trade Agreement, Kudlow said. Details on the date for the ceremony were not immediately available.

As far as the formal G20 talks go, Kudlow said deputies were still working on a possible joint agreement, known as a communique.

"I don't think anybody on our team is on pins and needles about the communique. If we got one, it's got to be something we agree with. If we didn't get one, there'd be no tears shed," he said.