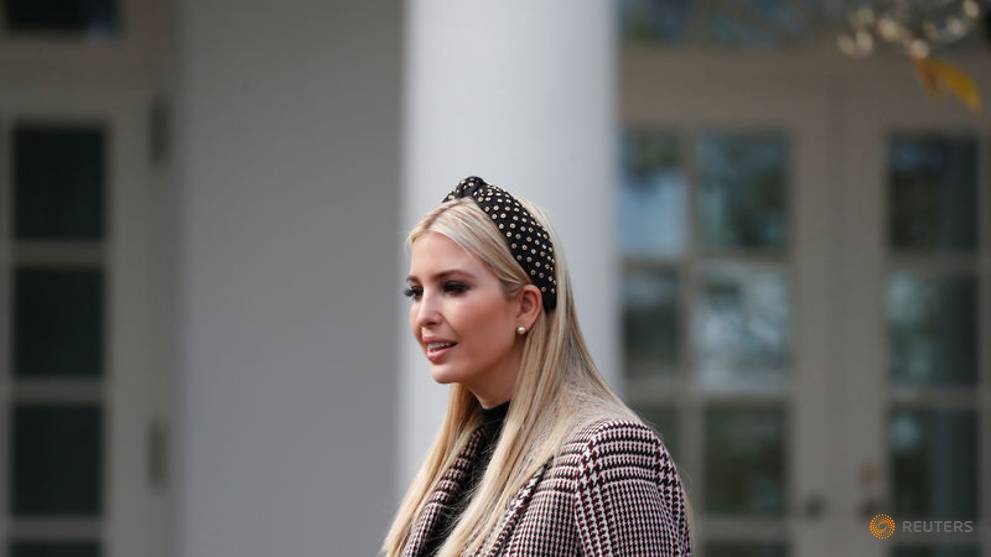 Ivanka Trump: 'No equivalency' between her private email use and Clinton's

Ivanka Trump, U.S. President Donald Trump's oldest daughter and a White House adviser, dismissed comparisons of her use of private email for government work and that of Hillary Clinton, her father's Democratic rival in the 2016 election.

WASHINGTON: Ivanka Trump, U.S. President Donald Trump's oldest daughter and a White House adviser, dismissed comparisons of her use of private email for government work and that of Hillary Clinton, her father's Democratic rival in the 2016 election.

"All of my emails are stored and preserved. There were no deletions. There is no attempt to hide," she told ABC News in an interview released on Wednesday. "There's no equivalency to what my father's spoken about."

Republican and Democratic lawmakers have called for an investigation into her email use following reports last week that she used her personal account up to 100 times in 2017 to contact other Trump administration officials.

President Trump, a Republican, repeatedly criticized Clinton during the 2016 presidential election campaign over her use of personal email and a private server while she was U.S. secretary of state, vowing to investigate her and spurring cries of "lock her up" among his supporters.

The New York Times reported last week that, once in office, Trump wanted to order the U.S. Department of Justice to prosecute her but was dissuaded by his White House lawyer.

Use of a personal account for government business potentially violates a law requiring preservation of all presidential records. It has also raised security concerns, particularly over classified or sensitive information and the possibility of hacking.

Other government officials, including Vice President Mike Pence when he was Indiana's governor and several past secretaries of state, have also been found to have used private email for government work.

Ivanka Trump, speaking to ABC News on Tuesday, said "there's no connection between" her email use and Clinton's situation. President Trump has also defended her email use and last week told reporters that all of her correspondence had been preserved.

House Oversight Committee Chairman Trey Gowdy, a Republican, has asked the White House for information related to Ivanka Trump's private email use, while the head of the Senate's Homeland Security Committee, Republican Senator Ron Johnson, sought a briefing on the topic.

Representatives for U.S. Representative Elijah Cummings, the top Democrat on the House Oversight Committee who is poised to lead the panel in January, said he will continue the investigation.