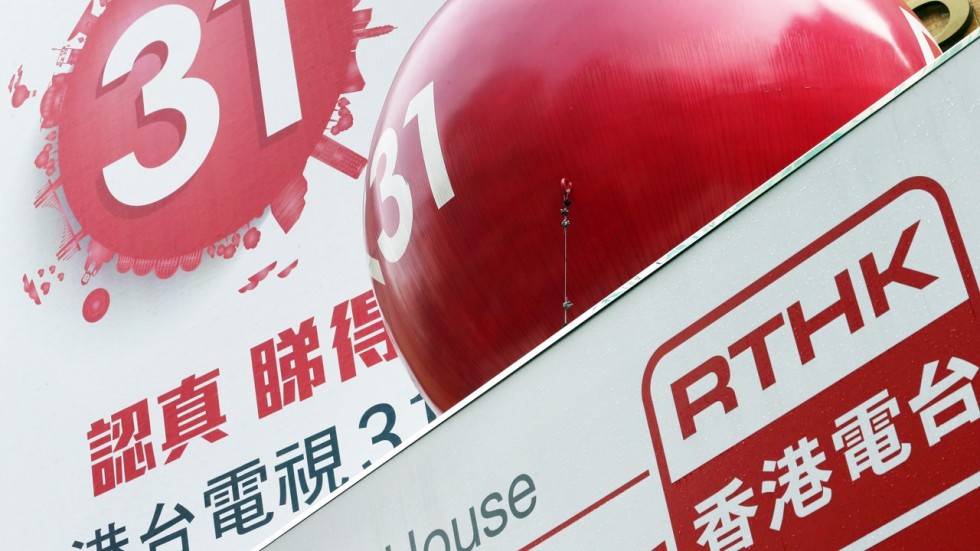 Sandbox VR game at 20% off discount
1-to-1 hair care consultation: Sign up here

Re-runs accounted for nearly 40 per cent of programmes shown by two television channels under public broadcaster RTHK in the 2017-18 financial year, while less than 20 per cent were originals, a report by Hong Kong’s Audit Commission has found.

The public auditor urged the government-funded broadcaster to enrich its programme offering and explore ways to increase the amount of new content.

Non-operating hours, during which the channels ran fillers ranging from photo galleries to public announcements, made up another 25 per cent of broadcasting time.

Such “miscellaneous” content was also broadcast during operating hours. Across all time slots on the air, it plugged 20.8 per cent of the hours on TV 31 and 53.1 per cent on TV 32.

One filler was TV Journey, which shows coverage of ordinary events without commentary, similar to video captured by monitoring cameras. Examples include a Cantonese opera actor applying make-up and scenes from Kwai Tsing Container Terminals.

“The large number of broadcasting hours with miscellaneous content is a cause for concern,” the report said.

First-run programmes made up only 19.9 per cent of broadcasting hours across the two channels. On TV 31, the amount of time occupied by re-runs increased by 107 per cent in the year, from 2,358 hours to 4,877.

The commission noted that some programmes were re-run frequently. One example was a 25-minute music programme broadcast five times in six months between August last year and January.

The report also said the average number of educational programmes on the channels watched by classes at kindergartens decreased by 66 per cent from 13.1 to 4.4 between 2004-05 and 2015-16. The figure for secondary school classes also dropped, from 9.6 to 6.

On staffing, the commission said 22 per cent of RTHK employees were non-civil service staff on fixed contracts – a much higher number than the 5.5 per cent across all government departments.

“We have done our best given the constraints in resources,” she said.

Ng said the ratings figures cited by the commission were based on daily averages whereas usual practice in the industry was to use figures for specific periods of the day, which would show higher ratings. She also said viewer numbers were not the only factor the broadcaster had to consider, given its obligation to run educational and socially responsible shows rather than focus only on entertainment. Many of the educational programmes had been broadcast since the 1970s, she said.

“We will explore better ways to transmit these programmes to keep abreast of the times,” Ng said.

The report was tabled to Hong Kong’s legislature on Wednesday.

RTHK’s procedures for acquiring programmes also came under fire. The commission said they were different from those stipulated in standard government guidelines.

Tuning in: five key questions on the political hot potato that is RTHK

For each procured television or radio programme, there was only one supplier. Instead of inviting the supplier to quote a selling price, RTHK offered a price and then negotiated afterwards. The auditor called on the broadcaster to review this set-up.

In December 2015 the Independent Commission Against Corruption completed a review of RTHK’s acquisition of television programmes for digital terrestrial channels. The graft-buster found the broadcaster’s practices could pose a risk of collusion with suppliers by circumventing controls built into the specified standard government procedures.

But RTHK said these transactions were not subject to the standard procedures because the acquisition of programmes involved the licensing of copyright rather than procurement of goods or services.

As a public broadcaster, RTHK has a duty to serve a broad spectrum of audiences and cater to the needs of minority interest groups.

In April 2016 it took on responsibility for two channel slots vacated by Asia Television. The government broadcaster then began 24-hour operations at short notice and with resource constraints after ATV’s abrupt closure.

Information technology sector lawmaker Charles Mok said he was worried the government or pro-establishment legislators could use the report as an excuse to introduce budget cuts.

“For many years … the resources allocated to RTHK have been shrinking, especially if you consider the fact they have been taking on more and more responsibilities,” Mok said.

In 2014 RTHK was given the task of operating three new television channels on top of seven radio channels.

“The workload is increasing tremendously, but the resources have not,” Mok said.

She urged RTHK to align its procurement procedures with other government departments.

“There should be an open panel to judge [the programmes] so there is no chance of people raising doubts about collusion,” Quat said.