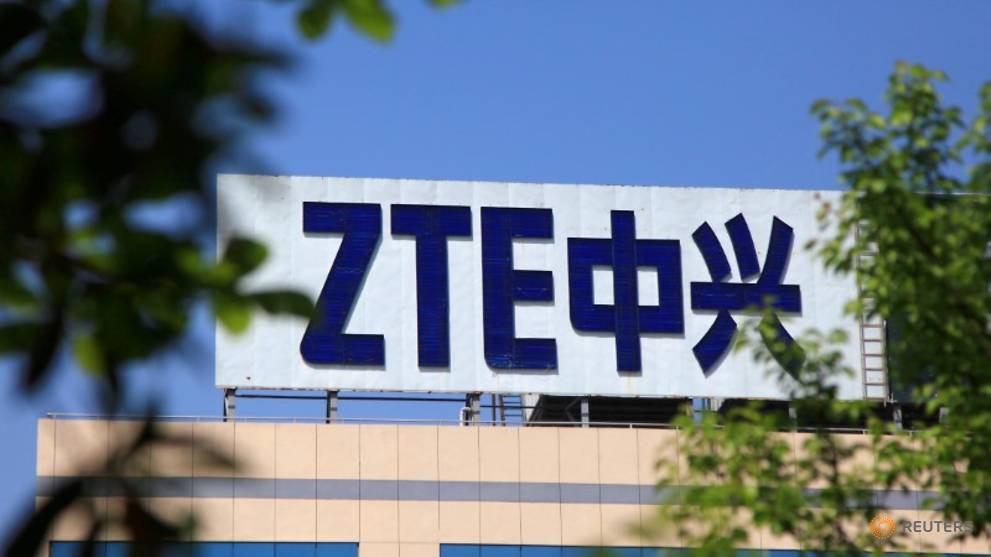 The logo of China's ZTE Corp is seen on a building in Nanjing, Jiangsu province, China, April 19, 2018. )File photo: REUTERS)

CARACAS: Two US senators on Wednesday (Nov 28) asked the Trump administration to investigate whether Chinese telecommunications company ZTE Corp violated US sanctions by helping Venezuela set up a database that monitors the behavior of its citizens.

In a letter, Senators Chris Van Hollen and Marco Rubio asked the US secretaries of state, treasury and commerce to determine whether ZTE worked with individuals cited by US sanctions, used US components unlawfully or helped Venezuela's government flout democratic processes or human rights.

The letter follows a Reuters investigation of the database and an associated Venezuelan identity card program published Nov 14. Earlier on Wednesday, Reuters had reported the senators' plans to write the cabinet officials, citing aides to the two senators.

ZTE, which this year paid US$1 billion to the US government in relation to sanctioned business in Iran and North Korea, did not respond to a request for comment for this story.

Venezuela's Information Ministry did not respond to a request for comment. President Nicolas Maduro, grappling with hyperinflation and an economy in free fall, has long said that US sanctions are part of an "economic war" by Washington to topple his leftist government.

A spokesman for the US Treasury said the department does not comment on "possible or pending investigations". Officials at the US State and Commerce departments did not respond to requests for comment early Wednesday.

Van Hollen, a Democrat, and Rubio, a Republican, have been vocal backers of previous US measures against ZTE.

The company, in which a Chinese state firm is the largest shareholder, is accused by many Western officials of helping China export surveillance tactics and equipment to authoritarian governments around the world.

Many senior Venezuelan officials, including Maduro and Cantv President Manuel Fernandez, have been sanctioned by Washington because of what successive US administrations have deemed authoritative behavior and human rights violations by the government of the Andean country.

Neither Fernandez nor a Cantv spokeswoman responded to requests for comment.

In its investigation, Reuters found that ZTE helped Caracas build a database that can track citizens' behavior through a national identity card. The ID, the "fatherland card," can compile data including financial and medical histories, usage of social media, political affiliation and whether a person voted.

One area of concern for the senators is whether ZTE installed components made by Dell Technologies Inc in the database. One document reviewed by Reuters indicated that ZTE used storage units built by the US-based company in equipment it installed for Cantv.

In their letter the senators asked "whether ZTE violated US export controls with respect to the installation of data storage units built by Dell." A spokeswoman for Dell told Reuters it had no record of a sale for that purpose.

The senators also asked the US administration to determine whether ZTE's work in Venezuela breaks the terms of the US$1 billion agreement it reached earlier this year with the Commerce Department related to previous sanctions violations.